Analyst firm Gartner thinks sales will reach 5.2 million by the end of this year 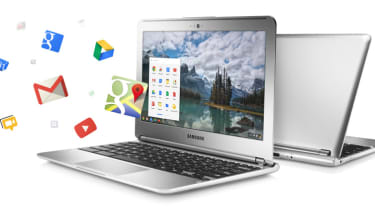 Much of this increase is down to the netbook being cheap to roll out, according to the analyst firm.

"Competition in the Chromebook market is intensifying as more vendors launch Chromebooks, with eight models in the market in 2014," said Isabelle Durand, principal analyst at Gartner.

"Now that the PC market is no longer growing strongly, vendors are searching for new business opportunities. They launched Chromebooks to revive interest in sub-$300 portable PCs once the netbook bubble had burst."

Businesses are also expressing interest in the Chromebooks, which should help swell numbers further still. The primary sectors will include banking, financial services, estate agents and hotel receptionists as organisations realise the potential of the cloud.

Durand added: "By adopting Chromebooks and cloud computing, businesses can benefit; they can shift their focus from managing devices to managing something much more important their data."

However, it's the education sector driving Chromebook sales in the US. Use of the devices in academia accounted for 85 per cent of sales in the country in 2013 as schools flocked to buy the product rather than investing in more expensive Windows-based machines.

Sister title PC Pro reports that UK schools aren't so desperate to get their hands on the computing device though. Samsung said it had shipped between 15,000 to 20,000 Chromebooks to British schools in 2013 - much lower than the levels stateside.

For Chromebooks to be more attractive for businesses, Gartner says vendors need to develop the products to work better with the cloud, offering faster connectivity, improved memory access, quicker and bigger solid-state drives and specialised support.