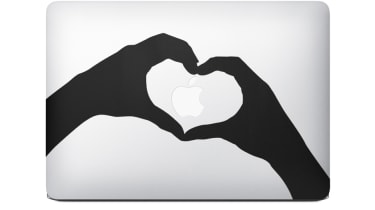 We'll soon be bringing you our full review of the updated MacBook Air, but, for now, take a look at the specs we thought the product would have as the rumour mill gathered pace.

Apple is tipped to introduce a 12in model of the MacBook Air and bring Retina Display technology to the range for the first time.

Daniel Matte, lead analyst of the wearable technology division at Canalys has predicted the exact size to be 11.9in with a 2,732 x 1,536 resolution.

"It would make sense for Apple to take advantage of the same display technology it has been utilising for the 9.7in iPads by cutting their panels to this larger size. I suspect a new 11.9in Air would be a redesign of the 11.6in model with smaller screen bezels," he said in a blog post.

"By utilising its existing iPad display manufacturing and gradually replacing both MacBook Air models with just one Retina model, Apple would save a lot of money. OS X's Retina scaling modes would also partially offset the lack of a 13.3in display option."

Leaked images from Chinese site iFanr appear to show that the latest range of Airs will have an edge-to-edge display. 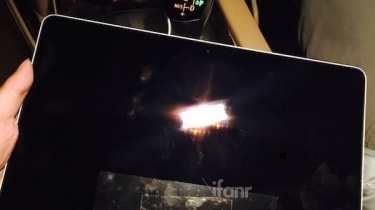 They also suggest Apple will persist with the bare-Aluminium chassis for the time being, with the one design change being the inclusion of a polished black Apple logo on the cover instead of a white one. 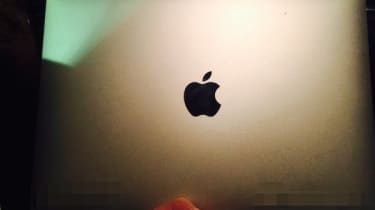 The 2015 MacBook Air range will no doubt be powered by Intel's latest Broadwell chips.

Apple may choose to utilise the Core M processors - which offer low-power draw of 4.5W and are fanless.

Devices are also likely to be shipped with faster dual-core Core i5 and i7 processors.

Current MacBook Airs are configured with 4GB as standard and are upgradeable to 8GB of RAM. This is likely to remain the same, with power users urged to make the jump to theMacBook Pro rangefor heavy duty workloads.

One of the most controversial features of the MacBook Air could be the lack of ports. There have been rumours that Apple is planning to ditch regular USB connections in favour of the USB-Type C standard. 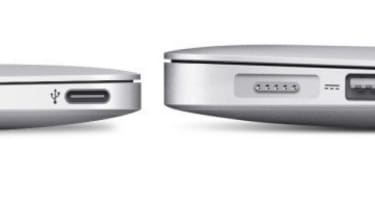 USB Type-C is smaller, faster and reversible bearing a resemblance to the Lightning connector Apple introduced for its iOS devices.

A key reason for the switch is that it may be necessary for Apple to make the chassis thinner. Currently, the Air devices are approximately 17mm thick. It also looks like an attempt to wean users off USB sticks and encourage them to use Apple's iCloud service.

One of the more outlandish rumours about the MacBook Air 2015 is that Apple is planning to incorporate its Touch ID sensor into the trackpads. This is according toApple.club.tw,which has a reasonable track record when it comes to predictions. The blogpreviously published photos of Touch ID on the iPad Air 2 before launch, so it may have uncovered the most surprising feature for the forthcoming laptop range.

Apple quotes 9 hours of web browsing for the existing 11in MacBook Air and 12 hours for the 13in model.

Given that the incoming 12in MacBook Air is expected to use a more power hungry Retina Display - we expect battery life to be between 10-11 hours - given the efficiency improvements provided by Broadwell chips.

The MacBook Air 2015 was expected to be announced in late-2014, but with Intel having well-publicised problems producing Broadwell chips, the big reveal was pushed back.

Reports indicate that Chinese suppliers have been told to ramp up production for a Q1 release date.

This article was originally published on 20/2/15 and has been updated multiple times (most recently on 6/4/15).