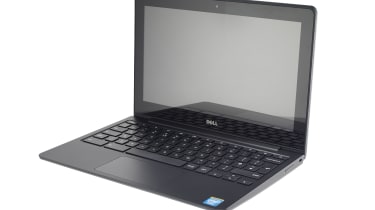 Laptops running Google's Chrome OS have been available for almost three years now, but all the Chromebooks available to date have been seriously flawed in some way. The Dell Chromebook 11 is the company's first Chrome OS laptop, but it's easily better than any other model we've seen.

The Chromebook 11 doesn't look remarkable at first glance - it's a very plain black plastic computer that bends and flexes under pressure more than we'd like. The keyboard is one of the best we've used on any budget laptop, Chrome OS or otherwise. The large keys have plenty of feedback and travel so typing is comfortable, accurate and fast. The big touchpad is good too - smooth, accurate and very responsive. 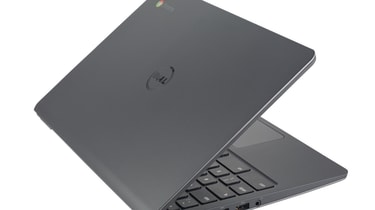 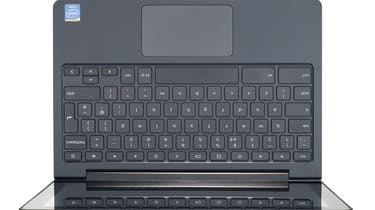 Most Chromebooks we've seen have had dark, poor quality screens, but that's not the case here. The 11.6in screen has a 1366x768 pixel resolution and is brighter than all other Chrome OS laptops save the HP Chromebook 11 and the much more expensive Google Chromebook Pixel. Colour accuracy and contrast are reasonably good for such a cheap laptop. 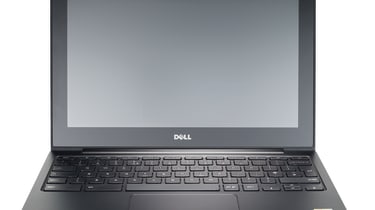 There's little more to Chrome OS than its eponymous web browser. This means it can only run web apps. Although this might seem restricting and disorienting if you're used to Windows, there are many advantages to the cloud-only nature of Chrome OS. Most web apps are free or cost very little and very easy to use too. As web apps run on servers, there's very little maintenance for you to grapple with and, by default, all your files are automatically backed up to the Google Drive online storage service.

Chrome OS is very simple and Google rarely adds new features to it. One of the newest is the ability to show information from the Google Now service. First introduced in Android phones, Now automatically shows you information it thinks you'll be interested in such as a map with directions and travelling times to your next appointment and the latest scores for your favourite football team. This isn't as useful as it is on a smartphone which you'll carry around with you all day and where quick snippets of information are most useful.

When running undemanding web apps such as Google Docs and Spotify, the battery lasted just under 13 hours before running dry. This is very impressive and almost matches many expensive Windows and Mac ultra portable laptops too. This excellent battery life is due in part to the power efficient Celeron 2955U dual core processor. Although it's one of Intel's slower processors, it's more than fast enough for running Chrome OS. The laptop starts up and wakes from sleep almost instantaneously thanks to both the 16GB SSD and the simple nature of Chrome OS.

The Dell Chromebook 11 is the best Chrome OS laptop available thanks to its well-rounded design  - battery life is very lengthy, while the screen is bright, the keyboard is comfortable and all at a low price too. If you can live without Windows, it's easily our favourite budget laptop.

The best budget ChromeOS laptop yet