A budget 15in workhouse that has everything you need 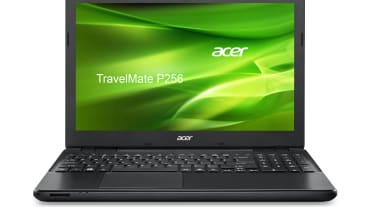 If you need to work on the go, then there are plenty of lightweight computing devices designed for portability from ultraportable laptops and smartphones to tablets and hybrids. This has relegated larger and heavier 15in laptops to one of two roles: incredibly powerful workstations or cheap and compact replacements for bulkier tower desktop PCs.

The Acer TravelMate P256-M is one of the latter. It is specifically aimed at businesses, but its low price means it'll appeal to anyone on a budget.

Unsurprisingly, the TravelMate P256-M is something of a beast given its 15in screen. It's chunky and weighs 2.5kg which is a little heavy, even for a laptop of this size. It is well-made though with a surprisingly good-looking semi-gloss black finish on its lid. 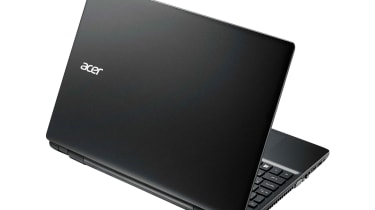 Part of the reason for this is the built-in DVD writer. Although this might be seem antiquated to some, it can be very useful whether you need to pull archived data off disc or need to send large chunks of data on inexpensive media to customers or partners with slow or no broadband.

The thickness of the laptop does mean there's space for plenty of ports: a full-size HDMI connector, three full-size USB ports, although only one of these is USB3. There's an SD card slot, as well as Ethernet and VGA sockets. 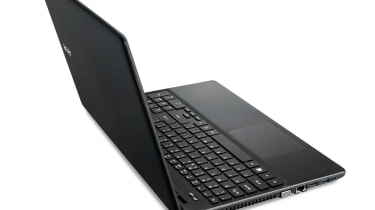 Typing on the keyboard is comfortable enough as the keys are large and have enough travel. The keys have an unpleasantly hollow, echoey feel to them though and responsiveness could be better too, so it's by no means the best keyboard we've used on a cheap laptop.

The trackpad is big so you've got plenty of scrolling and panning space and it's smooth and responsive too. 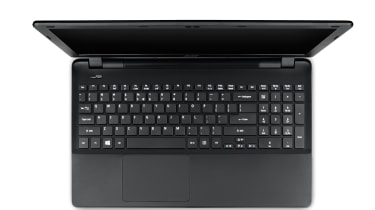 The 15in screen has good brightness and contrast. The lid tilts back almost all the way too, so you can easily get a comfortable viewing angle.

Unsurprisingly for a laptop at this price though, the lowly 1366x768 resolution feels cramped. It's good enough for reading web pages and basic document editing, but it's a shame the laptop industry hasn't moved onto 1440x900 or 1600x900 resolution screens in cheap laptops as even this modest increase in resolution would be a boon for productivity.

Variants of the TravelMate P200 series are available with Windows 8.1, but the model reviewed here comes with Windows 7 pre-installed. This is useful whether you hate Windows 8.1 or just use software which hasn't yet been updated to work with newer versions of Windows.

Windows 7 is provided via downgrade rights, so you can move to Windows 8.1 in the future if you wish. You can also upgrade to Windows 10 for free if you're buying for yourself.

The P256-M is kitted out with an Intel Core i5 4210U Haswell processor with a base speed of 1.7GHz. Paired with 4GB of RAM, it coped with our benchmarks well, providing results that are in line with what we'd expect from a laptop at this price.

However, the 4GB of memory meant the P256-M slowed down under a modestly heavy load when running the latest version of Photoshop and several web apps in the background.

Acer states that the memory can be upgraded to a maximum of 16GB, but you'll need to get this done by a technician as the casing is difficult to open yourself.

Although the P256-M's weight means you're unlikely to lug it around often, its power-efficient Haswell processor means it can last a long time on battery if you do. It lasted a respectable 10 hours in our light usage test.

The Acer TravelMate P256-M isn't very glamourous, but it's a well-made workhorse laptop with good battery life, enough performance and almost all the ports you're ever likely to need. It's a shame the keyboard isn't better, but it's still a good fit for businesses looking to make a mass replacement of old desktops as well as for students and home users on a budget.