A fast and portable workstation 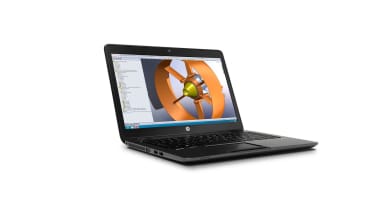 HP is splitting into two separate companies with HP Inc taking over business PCs and laptops as well as consumer ones. HP Inc isn't resting on its laurels and has released the ZBook 14, its latest mobile workstation. It's a smaller version of the ZBook 15 G2 was saw in May, and it's got many of the same business-friendly features that made that laptop so useful.

The 14in version of the ZBook looks like its bigger brother, with mundane plastic and understated colours but is unsurprisingly lighter and thinner. It weighs 1.7kg and is 21mm thick. That's a big difference from the 15in model, which was more than a kilo heavier and almost twice as thick. 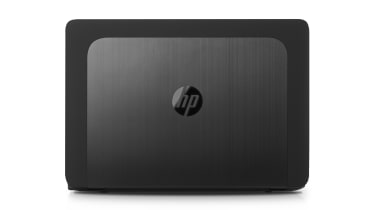 HP has kept many of the office-friendly features from the larger model. The keyboard has a touchstick with its own buttons and there's a SmartCard reader and fingerprint sensor too.

Oddly, only the SDXC card slot and Gigabit Ethernet ports are protected behind flaps. The four USB 3 as well as the VGA and DisplayPort outputs are left exposed. 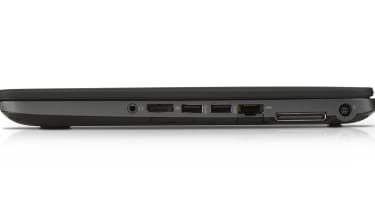 The ZBook is easy to upgrade, which is rare for an ultra portable laptop. Just one screw needs to be removed before the base panel tugs away, and the two memory slots, battery, hard disk and Wi-Fi card are all accessible. There are even spare 60mm M.2 and mSATA sockets.

On the inside, there's dual-band 802.11ac wireless and Bluetooth 4.0, but no mobile broadband on our model you'll have to pay extra.

Build quality is impressively sturdy, so we don't have any qualms about tossing the Zbook 14 into a bag, but it's still outpaced by some of its competitors. The aluminium shell of Apple's 13in Retina MacBook Pro feels even sturdier and looks classier too, while the Lenovo ThinkPad X1 Carbon has been tested to military standards. Both rivals are thinner and lighter than the ZBook, too.

The most intriguing component inside this laptop is AMD's FirePro M4150 graphics chip. Although based on the consumer-focused HD 8750M, it's also got ISV certification which ensures it'll work with professional graphics applications such as Adobe After Effects and SolidWorks 2015.

The AMD graphics chip scored a modest 42,182 in 3D Mark's Ice Storm test, which isn't impressive compared to the Intel HD 5500 graphics chip integrated into Broadwell processors which outpaced it with a result of 48,874. The FirePro fared much better in the tougher Fire Strike test though: its result of 1,309 is around twice as fast as the HD5500. It's clear evidence that the AMD chip is better when handling tougher graphical tasks.

The Core i7-5600U processor is one of Intel's recent chips and uses the Broadwell architecture, which means it's a 14nm part with equal concentration on power saving and performance. It's got two Hyper-Threaded cores clocked to 2.6GHz with a Turbo peak of 3.2GHz. It's accompanied by 16GB of memory, which is ample for most applications. 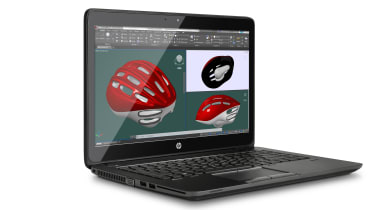 The energy efficient Core i7 processor sped ahead in our benchmarks. Its overall score of 71 is quick for a laptop processor and it's bolstered by a particularly good image editing benchmark score of 103 a result that provides further evidence of the AMD GPU's graphical prowess.

Third-party benchmarks further illustrate the ZBook 14's impressive performance. Its Geekbench 3 result of 6,822 is among the fastest we've seen in a laptop. There's clearly enough power here to get work done: only really high-end, intensive applications will cause this laptop to struggle.

Although we'd have preferred a 1GB SSD, the 512GB SATA SSD present is still spacious and it managed read and write speeds of 398MB/s and 364MB/s. That's pretty good for a solid-state drive, and it's miles faster than a traditional hard disk both wake from sleep and boot times were fast.

Thermal performance was inconsistent. The processor heated up to a maximum of 92C during stress-testing and, while the GPU was cooler, some of that heat wasn't dispersed well the bottom became noticeably warm, and the fan noise will be audible in a quiet office.

The HP ZBook 14's battery life was reasonably lengthy. In our light usage test the ZBook lasted for seven hours and four minutes about on par with the ThinkPad X1 Carbon, but well behind the MacBook Pro. You'll have to be careful with battery management if you want a full day of use from the ZBook and, as ever, Apple's hardware remains best for long-lasting laptop batteries.

The ZBook 14 has a 1080p touchscreen. The matte finish is a boon in offices with overhead lighting that would otherwise easily reflect off a glossy screen and cause distracting glare.

The ZBook's 157ppi density means text doesn't look as sharp as it does on the MacBook Pro Retina 13, for example, but it's hardly deficient. The 1080p resolution means, depending on your eyesight, you probably won't need to use Windows' iffy-but-getting-better scaling options to make icons and text more legible and there's still ample space for multi-tasking. 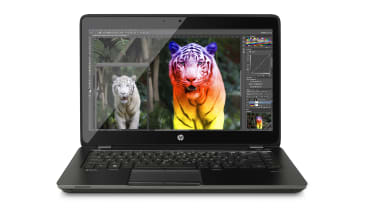 Brightness and contrast are a mixed bag though. The brightness level of 245cd/m2 is a little low and contrast sits at a mediocre 700:1. The former figure means the ZBook may struggle if it's used outdoors, and the latter means dark and light shades can be tricky to distinguish.

The average Delta E of 2.15 and the 88.6% sRGB coverage level means colour accuracy is decent, although the colour temperature of 7,388K means images look a little cold.

The HP's panel isn't bad by any means, but photography professionals will find the colour accuracy and temperature wanting. But when it comes to resolution and overall quality, it's outpaced by rival laptop screens.

Although the keys on the ZBook's keyboard only have a reasonable amount of travel, they are generally large and still have a consistent and pleasing level of feedback with a satisfying snap.

The layout has a couple of niggling problems though. We don't like the single-height return key and the function keys are small.

The trackpad has a smooth, responsive surface, and both its buttons and those for the touchstick are fine but, again, there are niggling issues. They're all a little wobbly, which doesn't inspire confidence for long-term use.

It's possible to add even more hardware to the ZBook or cut back to save some cash as several alternate configurations are available. 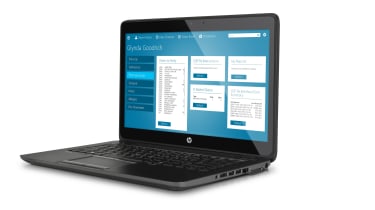 The base model costs 1,305 and has the same processor and GPU but makes do with a 1TB hard disk, 8GB of memory and doesn't have a touch screen. Adding the touch panel costs 125, but dropping down to a 1600x900 non-touch screen saves 54.

Dropping down to 8GB or even 4GB of memory can save a few pounds, and the storage options are versatile; a PCI-based 256GB SSD costs a mighty 254, but dropping to a 240GB SATA SSD saves 172 and opting for normal hard disks saves even more, with a 500GB drive slicing 350 off the total price.

The ZBook comes with a three-year warranty as standard, which is generous, and it can be upgraded with further levels of protection.

The HP ZBook 14 excels with a powerful graphics chip and it's more versatile than many other ultra-portable laptops with a wide selection of ports and easy interior access.

The high price of the ZBook will make it untenable for some businesses, especially when rival machines have comparable performance and for far less. Even so, it's still a good laptop that's worth considering, especially if you need its discrete GPU, easy upgradeability and its business-specific features.

Fast, light and easily upgradeable too, but expensive and with merely okay battery life