Lenovo blames driver issues for Linux not working on Yoga 900 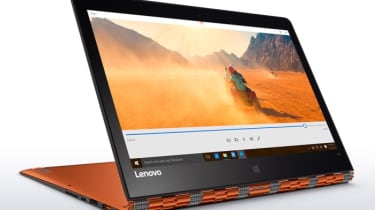 Lenovo has denied it is blocking the installation of Linux on its laptops under orders from Microsoft.

The PC maker was accused of blocking alternative operating systems on specific versions of its Yoga 900, 900S and 710S laptops in a thread on Reddit, with users pinning the problem on the SSD being locked into a proprietary RAID mode that Linux doesn't support.

The thread claims a "Lenovo product expert" commented on a BestBuy forum to say that the laptop was locked down because it runs a "Signature Edition" of Windows 10, suggesting that such devices are blocked from alternative OSes "per our agreement with Microsoft".

Microsoft and Lenovo both denied that, with the former saying that "recent claims about software installation issues related to Microsoft Signature are inaccurate."

Lenovo further explained the issue in a statement on its website, saying that it doesn't specifically block Linux but the OS is essentially unusable on the devices because of driver issues.

"Our Yoga design requires very specific, complex and unique drivers that require even greater amounts of testing, to ensure class-leading performance with Windows 10," the statement from Lenovo said. "To support our Yoga products and our industry-leading 360-hinge design in the best way possible we have used a storage controller mode that is unfortunately not supported by Linux and as a result, does not allow Linux to be installed.

"Beyond the controller setup limitation, other advanced capabilities of the Yoga design would likely not work with current Linux offerings."

The company added: "Lenovo does not intentionally block customers using other operating systems such as Linux on Yoga or any of its devices and is fully committed to providing Linux certifications and installation guidance on a wide range of suitable products."

It later added: "Unsupported models will rely on Linux operating system vendors releasing new kernel and drivers to support features such as RAID on SSD."

That answer wasn't good enough for the Reddit user who started the thread, however. "There is no real issue with Linux not supporting these laptops other than the one Lenovo created," he wrote. "They need to make a BIOS patch that users can install, like other Ultrabook PC makers did, not more excuses."

Regardless of the real reason the laptops don't support Linux, Lenovo pointed to a list of its products that do support open-source OSes.