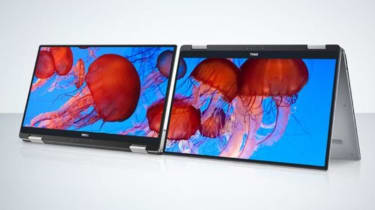 Ahead of CES 2017, Dell has revealed an upgrade to the well-received XPS 13, aimed at creating a more business-focused device.

Dell has taken the existing XPS 13 design and added a 360-degree hinge, turning an ultrabook into an ultraportable 2-in-1 convertible. As with other convertibles, you will be able to switch to different configurations depending on your needs, including 'tent' and tablet, which Dell hopes will help with productivity.

Customers will have a choice of processors; either the Intel Core i5-75Y54 at 3.2GHz and the more powerful i7-7Y75 at 3.6GHz, using a completely fanless design.

Importantly, both vPro processors are designed for business users, shipping with the latest in manageability tools such as built in multifactor authentication for hardware and remote management services for networks.

As Windows 10 powers the 2-in-1, users will also be able to take advantage of the 'Hello' compatible fingerprint reader, which allows the device to be securely unlocked with a touch.

At 1.2 kg it is also lighter and smaller than Microsoft's Surface Book, while boasting a much longer battery life of 15 hours, according to Dell. It also ditches the USB 3.0 found on the Surface Book in favour of two USB Type C ports, including ultrafast Thunderbolt 3 support.

The Dell XPS 13 2-in-1 will be available for order on the 5 January from its online store, as well as Best Buy in the US. With configurations starting at $999, the device is priced at almost $200 more than the XPS 13. 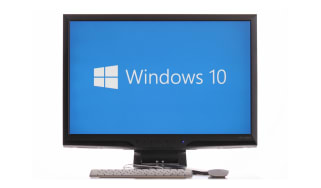