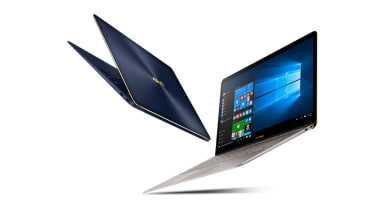 Asus has announced a slew of new products at Taiwan's Computex showcase, including the world's thinnest 2-in-1 and series of rivals for Apple's MacBook and MacBook Pro devices.

The company's new flagship convertible, the Asus Zenbook Flip S, is a lightweight offering that weighs in at just 1.1kg, with a 10.9mm thickness. It features 16GB of RAM and an Intel Core i7 CPU - although this will doubtless be one of the Y-series models, so don't expect particularly chart-topping performance.

The ZenBook Flip S is fitted with a 13in 4K screen, and features support for Windows Hello thanks to a built-in fingerprint reader. Cooling is taken care of by aerospace-grade aluminium and a 'vapour-chamber' cooling system; based on our previous experience with ultrathin convertibles, thermal efficiency is likely to be a key concern. 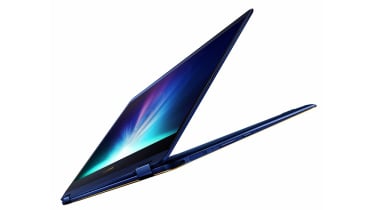 Also announced was a new ZenBook Pro. Outfitted with a quad-core Core i7 processor, an Nvidia GTX 1050 Ti and a 15.6in 4K display, the new machine boasts some serious business-grade specifications. To further tempt customers away from Apple, the ZenBook Pro can be upgraded to feature a 1TB PCIe SSD and 16GB of DDR4 RAM - all of which is backed up with an impressive 14hr battery life. 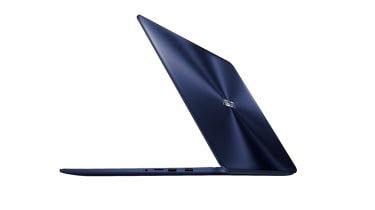 Similarly, the ZenBook 3 Deluxe seems calculated to undercut Apple's MacBook, with a svelte 12.9mm frame and a weight of 1.1kg, twinned with a 1TB PCIe SSD, a Core i7 CPU and 16GB of RAM.

Rounding out the announcements is a new VivoBook S, a fairly unremarkable entry aside from the fact that it manages to pack a Core i7 CPU, GeForce 940MX graphics card and 4K screen into a device that costs just $799. It's also got expansion options including a 2TB HDD and 16GB of RAM.

With such a strong lineup, Asus could provide an increasingly attractive alternative to Apple for price-conscious CIOs.