Asus, HP and Lenovo will develop a new generation of ultra-portables 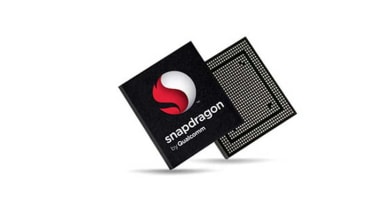 Qualcomm has announced partnerships with HP, Asus and Lenovo to bring ARM processors to a new generation of Windows 10 PCs.

The deal was officially revealed at Computex 2017 on Wednesday, cementing speculation that Qualcomm's Snapdragon 835 processor, also used in Samsung's Galaxy S8 smartphone, would power the new line of devices. This should make it much simpler for manufacturers to develop fanless PCs without compromising on performance.

The always connected PC is coming. Learn what @ASUS, @HP, & @Lenovo have in the works: https://t.co/G0gvC1yG7B #Windows10 #Snapdragon pic.twitter.com/Df2ZOCam6I

The news is potentially huge for lovers of ultra-lightweight portables, as stripped-down mobile processors are most commonly used to power the current generation of fanless ultrabooks.

"We are thrilled that OEMs are sharing our vision to bring the Windows 10 experience to the ARM ecosystem, powered by Qualcomm Technologies," said Matt Barlow, corporate vice president of Windows marketing at Microsoft. "This collaboration offers consumers something new and [something] that they have been craving - the best of a mobile computing experience with the best of Windows 10, all in one thin, light, connected device."

The Snapdragon 835 is also built using the 10nm process, offering incredible power efficiency and thermal handling, which should extend current battery life capabilities by as much as five times. Snapdragon 835 chips also have an Adreno 540 GPU built-in, a component normally fitted elsewhere on a motherboard.

As the processor supports X16 LTE modems, it will also be the first time a Windows machine is capable of accessing gigabit wireless connections. This means that ultra-portables will be able to connect to the internet from pretty much anywhere, and remain connected while in rest or standby mode.

The new partnership with some of the leading Windows PC manufacturers could shake up the processor market, which has typically long been dominated by Intel and AMD.