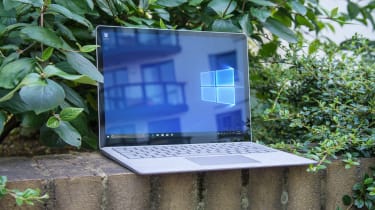 Consumer Reports, an independent nonprofit and consumer research group, has withdrawn its 'recommended' status for Microsoft's Surface range of laptops and tablets, citing poor reliability within the first two years of ownership.

The influential research group released a report on Friday that said the site could no longer recommend that users should purchase Surface devices, including the Surface Laptop, Surface Pro 4 and Surface Book.

In reliability tests of Microsoft devices using detachable keyboards, it was found that 25% of laptops and tablets would present owners with issues, including breakages and technical faults, within two years of purchase.

Microsoft defended its Surface range in a statement to IT Pro, which said: "While we respect Consumer Reports, we disagree with their findings. Microsoft's real-world return and support rates and customer satisfaction data show we are on par if not better than other devices in the category."

"We stand firmly behind the quality and reliability of the Surface family of devices and continue to make quality our primary focus."

The Consumer Reports National Research Centre surveys millions of subscribers every year, asking readers to rate products based on their performance over time, rather than an initial hands on review.

"Consumers tell us that reliability is a major factor when they're choosing a tablet or laptop," said Simon Slater, survey manager at Consumer Reports. "And people can improve their chances of getting a more dependable device by considering our brand reliability findings."

The Surface Pro 4 and Surface Book both received four stars in our own reviews, while the Surface Laptop won our 'IT Pro recommended' award. However, although the Surface range performed similarly well during Consumer Report lab tests, the group found that performance degraded noticeably over time.

This is not the first time the Surface range has faced reliability issues. The Surface Pro, Pro 2 and Pro 3 all suffered from a fault with their power cables that forced a product recall in 2016.