A heavyweight performer, let down by a poor chassis 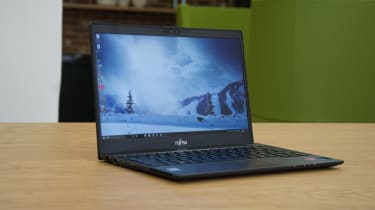 Fujitsu is one of the stalwarts of the enterprise IT industry, and has been producing fit-for-purpose laptops and PCs for decades.

But, is enterprise-grade performance and functionality still enough in a world where more and more workers are demanding IT equipment that's as satisfying as the kit they use at home? As manufacturers like Dell start offering devices that can match the likes of the MacBook range for aesthetic value, for example, Fujitsu's new Lifebook U937 may have some work to do to keep up.

Weighing in at around 960g, the U937 feels very light indeed. It's comfortably under the 1kg upper limit of what we'd consider an ultraportable, and feels a lot less hefty than many of its competitors. Put it in your bag, and you're liable to forget that you're carrying anything at all.

It's also appealingly slim. At 15.5mm thick, it's not the thinnest laptop on the market, but it's very far from bulky, and the fact that the increased thickness allows Fujitsu to include a very robust selection of ports (which we'll talk more about later) means it's a trade-off well worth making. 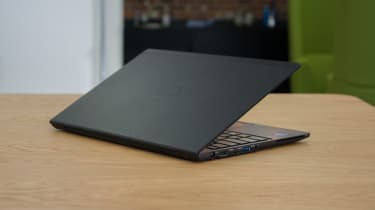 One trade-off that isn't quite so easy to stomach is that the U937 feels incredibly flimsy. The company claims it's constructed from magnesium, but it feels distinctly thin and plasticky, with the lid in particular feeling very insubstantial indeed. It bends alarmingly under the slightest pressure, and we've little doubt that we could snap it clean in two without applying much force.

Although this is likely part of what makes it so light, it's got worrying implications for the U937's longevity and build quality. We'd be incredibly worried about it breaking if we ever dropped it, and we have serious concerns about its long-term longevity over a period of, say, several years.

The textured, matte-black finish doesn't feel articularly pleasant, either. It's got a distinctly cheap, tacky feel to it, and presents a much less satisfying user experience than aluminium-bodies rivals like the MacBook Air. Visually-speaking, it's not too hideous - its matte-black and charcoal colour scheme is professional and understated - but it's definitely not winning any beauty contests, either.

Alas, the keyboard is a letdown too. Although feedback and response is excellent, the chiclet keys are slightly lacking in travel depth, and there's no backlighting to speak of - which is a serious oversight in a laptop as expensive as this. We also found ourselves frequently hitting the Page Up and Page Down keys by mistake, as they're located directly over the left and right arrow keys.

The trackpad is another disappointment. It uses separate left and right mouse buttons, rather than the all-in-one trackpad design that has become the norm. Having to reposition our finger every time we wanted to click on something proved to be a persistent annoyance, and we had to tweak the sensitivity to stop it feeling sluggish. 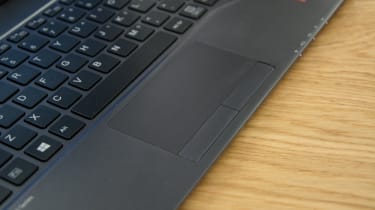 Thankfully, the U937's 13.3in touchscreen IPS panel puts on a strong display. The 1080p screen has a measured contrast ratio of just under 1000:1, which is very good, and a maximum brightness of 318cd/m2 is bright enough to use in all but the harshest of lighting conditions. It's lacking the matte, non-reflective coating seen on other laptops, however, which means that screen glare could be a problem when using it in direct sunlight.

We measured its colour accuracy at more than 92% of the sRGB colour spectrum, so it should be more than good enough to use for graphic design and editing work. Movies and video are also rich and detailed so a joy to watch on this machine.