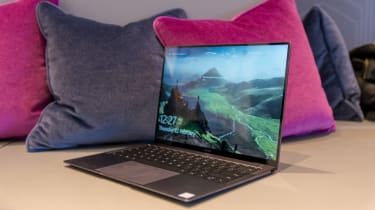 Chinese manufacturer Huawei attempted to increase its presence in the notebook market last year with the MateBook E, the MateBook D and the original MateBook X, which were released to relatively little fanfare. While the devices themselves were capable, they didn't generally make much of a splash.

For 2018, the company is looking to change that. Its new laptop, the MateBook X Pro, has got the MacBook Pro squarely in its crosshairs, and is aiming to take its place as the go-to business device.

Credit where credit's due - the MateBook X Pro is an attractive machine. The metal unibody chassis sports the same sleek, semi-gloss finish as the MacBook Pro, but it's subtle and understated in a very un-Huawei way. It's available in space grey and silver, and aside from the logo on the lid, there are no extraneous design flourishes and no garish detailing. It's almost minimalist, and it looks every inch the business machine. 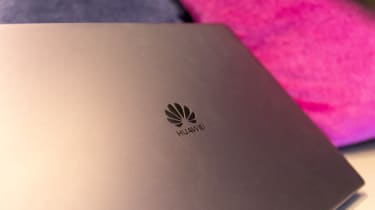 It's not a particularly petite PC though. A weight of 1.3kg is tipping the scales ever-so-slightly to the wrong side of average, as is the 14.6mm thickness. It's not a bulky machine, by any means, but it's more in line with what we'd expect from a mid-range notebook.

The similarities to the MacBook Pro don't end at the design. The MateBook X Pro's keyboard is also very reminiscent of the one used by Apple, with large keys and minimal travel distance. Given that the MacBook Pro remains one of the best examples of notebook typing, this is a very good thing indeed. These keys need a little bit more actuation force than the MacBook Pro's, but overall the keyboard is pleasant and fluid to use.

The same is true of the glass-coated trackpad, which also borrows inspiration from the MacBook Pro. Like Apple's device, the MateBook X Pro's trackpad is huge - in fact, Huawei claims it's the largest trackpad ever fitted to a 14in machine. 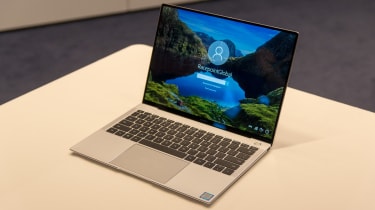 Quality looks to be pretty good too - we couldn't put it through too many tests or measure its colour accuracy but there weren't any immediately noticeable problems, and colours look rich and vivid. The 3,000 x 2,000 resolution ensures that detail should be pin-sharp as well. It's a touchscreen panel, but while we're still not convinced of the utility of touchscreens on traditional clamshells, it's nice to have - and it's protected by Gorilla Glass to guard against drops.

If you're expecting the MateBook X Pro to be a poor relation in terms of internal components, then think again. It's available in two configurations, both fitted with 8th-generation Intel chips. At the top end is the Core i7-8550U model, with 16GB of RAM, a 512GB PCIe SSD and a dedicated Nvidia MX150 GPU. There's also a lower-end model, with a Core i5-8250U, 8GB of RAM and a 256GB SSD, although there's no discrete graphics chip in this one.

It feels nippy enough in use, although we haven't had a chance to put it through any particularly rigorous testing yet. Based on what we've seen of Intel's latest processor family so far, though, expect it to be very speedy indeed.

One thing we're glad Huawei hasn't borrowed from Apple is an over-reliance on USB-C. The MateBook X Pro does have two USB Type-C ports (one of which supports Thunderbolt 3), there's also a traditional USB 3.0 port for connecting flash drives and peripherals. Biometric login is taken care of too, thanks to a fingerprint reader built into the power button. 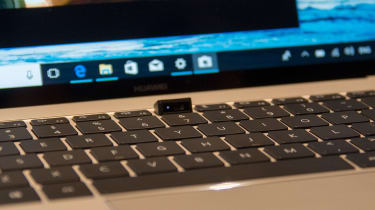 By far the weirdest feature of the MateBook X Pro, however, is its webcam which is not - as you might reasonably expect - housed above the screen. Instead, it's located within the keyboard, recessed into a neat little housing that pops up when you press it.

This allows you to hide it from view when not in use, which Huawei says is to address security concerns like hackers using webcams to spy on victims. It's a clever idea, and helps to keep the webcam out of the way - although it does mean that it'll probably be angled at your chest on the rare occasions when you do use it.

One last feature is the microphones. Huawei has demonstrated its commitment to framing the MateBook X Pro as a business machine by including four microphones, which are designed for conference calls with multiple people in one room and can pick up sound through 360 degrees.

The Huawei MateBook X Pro is an interesting device and does show some promise. However, there's one giant problem the price. The top-end MateBook X Pro with 16GB of RAM and a Core i7 process costs 1,899, which translates to a whopping 1,672.

While the MateBook X Pro is attractive, and looks to be a fairly nippy machine, we're really not sure it's impressive enough to justify dropping the best part of two grand on, especially when you can pick up a MacBook Pro for the same kind of money.

We'll be able to come to a final conclusion once we've had a chance to run the MateBook X Pro through our tests, but based on what we've seen so far, it looks like a mis-step for the Chinese manufacturer; it's just too expensive for a company without an existing pedigree in laptop construction.