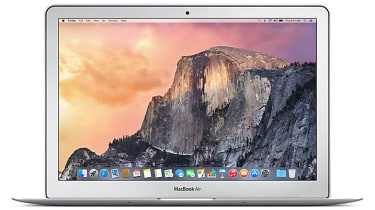 Apple is reportedly set to unveil a cheaper version of the MacBook Air later this year.

A future model of Apple's Air series will sport a lower price tag than its predecessors, KGI Securities analyst Ming-Chi Kuo has predicted. He expects that a more affordable laptop, scheduled for release in the second quarter of this year, would increase MacBook shipments up by 10%-15% this year.

Currently, MacBook Air devices retail from $999, and 949 in the UK, but the analyst believes the next model will be cheaper.

The overall design of the MacBook Air has changed very little since its first release in 2008, and Apple has devoted more of its resources to the MacBook and MacBook Pro lineup in the intervening years, meaning a new model with a new look is arguably overdue.

The MacBook Air currently offers a 1440 x 900-pixel non-Retina display, so this, at least, could be due an upgrade. The new model may also include USB-C/Thunderbolt 3 ports, ditching all the old legacy ports. It may also sport Apple's forthcoming custom processors to help it compete with Microsoft's Surface range, though this would be the first time Apple would use its own chips on its devices - its hardware is usually powered by Intel processors.

A second quarter release could mean an announcement at Apple's annual WWDC event in June. A report from Digitimes earlier this year also reported that a new MacBook Air is in the wings.

IT Pro reviewed the latest incarnation of the MacBook Air back in mid-2017, giving it four out of five stars and writing: "The 2017 upgrades to the MacBook Air are minor, so if you're looking for Apple to completely overhaul this device you may be a little disappointed. While the rest of the recipe is great, we're still underwhelmed by the screen and it's an area that could definitely do with a bit of attention.

"This is concerning since the MacBook Pro continues to improve: the cheapest model with a Retina Display is 1,249 and has a more powerful processor. This may push some buyers to go for the Pro, although it is 300g heavier than the Air and the battery life is slightly shorter."

Ming-Chi Kuo also said that demand for Apple's HomePod, its home speaker rival to the Google Home and the Amazon Echo, has been "mediocre" so far.