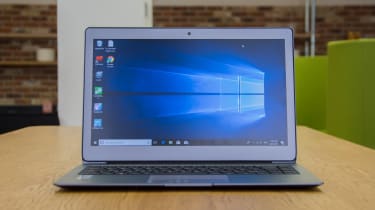 PC Specialist is one of a number of system builders that specialises - as the name would suggest - in building high-performance desktop machines. It's not all workstations and gaming rigs, though - the company also makes a number of laptops for both home and business users.

One such laptop is the Enigma VIII, a 14in device that's gunning for the mid-range ultrabook market currently being largely dominated by companies like Acer and Asus. In the face of rather stiff competition, can a company that doesn't usually deal in notebooks make a dent?

PC Specialist has made a name for itself crafting beefy gaming PCs, capable of chewing through demanding software with no problem. It's a shame, then, to find that the performance of this laptop is so utterly dismal.

The reason behind this is that it's using one of Intel's Y-series processors - the dual-core Core i7-7Y75, to be precise, backed up by 16GB of RAM. These chips are designed to be low-powered, in order to be less draining on the battery and to produce less heat, therefore allowing them to be integrated into ultra-slim fanless machines. 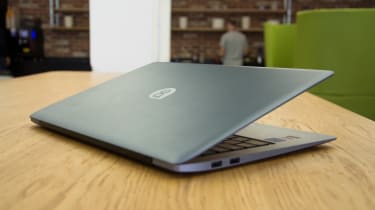 True to form for a Y-series machine, the Enigma's single-core score in our benchmarks was relatively competent, but its results absolutely plummeted when we ran it through our multitasking benchmarks. While last year's Acer Swift 3 (which had a sixth-generation Core i5 in it) completed our multi-tasking benchmark in just under an hour and a quarter, the Enigma took well over eight hours.

Its results in the Geekbench benchmarks painted a slightly better picture, although it was still trailing behind the majority of the pack. There's no dedicated graphics processor either, so you can kiss goodbye to the idea of doing any graphically intensive modeling or editing work with this laptop.

Real-world performance is acceptable - it managed to cope with heavy multi-tabbed browsing and numerous apps running simultaneously without complaint - but it's far from stellar.

Battery life is also a real disappointment. One of the few benefits of Intel's Y-series processors, aside from their suitability for fanless designs, is their low power results in a relatively decent battery life - usually. In this case, however, the Enigma does not deliver on that promise. Instead, it has a rather pitiful battery life of just 5hrs 16mins - well below what we'd consider average.

We suspect that the reason for the Enigma's poor performance in our battery tests is simply PC Specialists scrimping on its power cell. There's no dedicated GPU to suck up the charge, and the processor and screen aren't terribly demanding either - the most likely culprit is simply a cheap, low-capacity battery.

The Enigma's design is attractive, if uninspired. Rather than adopting the flashy design flourishes favoured by other manufacturers, PC Specialist has erred on the side of a basic, functional design, with a powder-blue metal chassis. 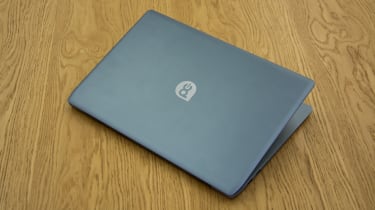 This laptop is pretty chunky - although PC Specialist claim that the 14.9mm design is "ultra thin", it's actually edging towards the bad side of average. This is especially galling, considering that it's using a low-power processor which should - in theory - allow for a much slimmer, fanless design.

At 1.49kg, it's also not particularly light, even for a 14in laptop. It's not a huge chore to carry around all day, but there are better-equipped laptops in this price bracket that tip the scales at around 1.2kg. It does, at least, feel relatively sturdy, but the edges of the base are oddly sharp which makes it slightly uncomfortable to carry on occasion.

The keyboard is fairly basic. The keys have heaps of travel distance and feedback feels very slightly spongy, but it's full-sized and the keys are well-spaced with plenty of room to type - although it's not backlit, which feels slightly mean on a laptop of this price.

The trackpad is disappointing as well. It isn't as smoothly-finished as we would like, and it takes a little too much force to click. Feedback is pretty weak too, lacking the firm, satisfying clicks offered by other laptops.

More often than not, the biggest weakness of any laptop is its screen. This isn't the case with the Enigma - but only by virtue of how god-awful its performance is. The panel in question is a 14in 1080p IPS screen with a matte anti-glare coating. On paper, this sounds like a pretty good display, but sadly our benchmarks proved this to be deceiving. 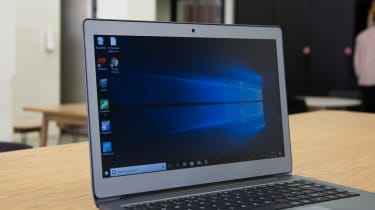 The Enigma's brightness is adequate, but with a maximum of 296cd/m2, it's not what you'd call spectacular, and colours look muted and dull. This is partly down to the matte coating - -which almost always has the effect of making screens slightly less vibrant, but it's mostly the fault of the poor-quality display. This was reflected in our tests, which showed that the Enigma's screen covers just 60% of the sRGB colour gamut - a very disappointing result that makes the laptop unusable for any graphics or imaging work.

The array of ports on offer with the Enigma are (much like the laptop itself) basic but functional. There are three USB ports, but only one is USB 3.0, while the rest use the lower-speed USB 2.0 standard. Similarly, the single Type-C USB port also uses USB 3.0, rather than the newer, faster Thunderbolt 3 connection.

Rounding out the port selection is a Micro HDMI port for connecting to an external display and a microSD card slot for expanding the storage. There's nothing in the way of additional features - there's no fingerprint reader or facial recognition scanner, which means no biometric authentication via Windows Hello.

There are some options with the software, though. PC Specialist will throw in a free 90-day license for BullGuard's internet security software, and you can add a full one-year subscription to the cost of the laptop at the point of purchase. You can also upgrade from Windows 10 Home to Windows 10 Pro (or strip out the OS altogether, if you're planning on running Linux on it) and add an Office 365 subscription as well - but bear in mind that this will push up the total price.

The PC Specialist Enigma VIII disappoints on just about every front, which is a shame considering that the company's desktop machines are generally so good. The Enigma has a flat, inaccurate display, short battery life, and truly woeful performance. 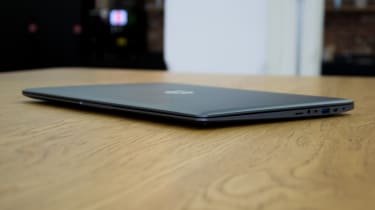 The most galling thing is the price, though. The configuration we reviewed - with a Core i7-7Y75 processor, 16GB of RAM and a 500GB WD Blue SSD - costs 736.67 before tax, which is frankly extortionate given the caliber of the components it uses. You can knock the price down to 586.67 excluding VAT if you opt for a Core i5-7Y54 CPU and 8GB of RAM, but that will bring the performance down even lower.

By contrast, you can pick up the Acer Swift 5, which has a much nicer design, a far better screen and a full-strength Core i7 chip that vastly outperforms the Enigma's low-powered processor, for just 624 excluding VAT - and that's just one of the many cheaper and better alternatives available.

The enigma is a disappointment in pretty much every respect. While it's just capable enough to function as a basic, no-frills laptop, the wealth of more sophisticated competition within the same price point renders it all but obsolete. With so many better options, you'd be doing yourself a disservice to pick this up.

The PC Specialist Enigma VIII features a disappointing display, weedy performance and a bog-standard design, all for a higher price than better-equipped rivals.