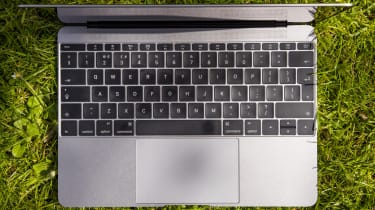 Apple is finally fixing its faulty 'butterfly' keyboards for free, following a lawsuit and years of users reporting problems with their MacBooks.

Acknowledging the issue, Apple admitted to a "small percentage" of MacBooks suffering from the design flaw, where letters or characters can repeat themselves or fail to appear at all, and keys can feel "sticky".

The butterfly mechanism was Apple's big keyboard redesign that it rolled out in 2015. The new design slimmed down the keyboard by 40% and - Apple claimed - made it four times more stable than the older 'scissor' mechanism.

But users began reporting problems almost immediately, and a lawsuit filed in May this year alleges that dust and debris that filtered into MacBooks via the keyboards made them virtually useless, but that Apple's Genius bars wouldn't acknowledge the problem. It called for damages and replacements for defective MacBooks.

A second lawsuit filed later that month called for damages to be determined by the court.

Now Apple has got around to offering fixes, and doing so for free, replacing either a faulty key or the entire keyboard.

The free fix applies for the following devices:

Users of affected devices can bring their laptop into an authorised service provider, make an appointment at an Apple store, or mail the device to the Apple Repair Center.

Apple will hope this resolves the issue, with a petition calling for the tech giant to recall and replace all its butterfly keyboard-sporting MacBook Pros garnering 31,000 signatures at the time of writing.