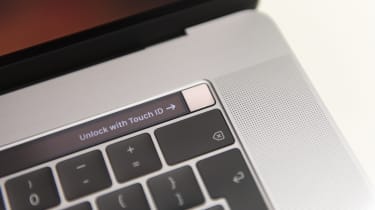 Apple has released a patch designed to solve a throttling issue affecting its latest MacBook Pro.

The throttling issue on 2018 MacBook Pro models emerged last week, when the first wave of devices started arriving with users.

It was first discovered when YouTuber Dave Lee found that the new model was underperforming compared to its predecessor.

His findings were verified by other customers and publications, and Apple has reportedly apologised for the issue, saying it is accidental.

"We apologize to any customer who has experienced less than optimal performance on their new systems," a spokesman told The Verge.

The company blamed a missing digital key in the firmware that drove down clock speeds under heavy thermal loads, meaning the 8th-gen Intel Core processors were throttled to below their baseline speeds.

Apple's supplemental update, MacOS High Sierra 10.13.6, is available for download on the new models, and re-inserts the missing digital key.

It's the latest drama to unfold around Apple's latest machines, which also sport a redesigned keyboard that was ostensibly dreamt up to make the keyboard quieter, but which appears to solve a problem where dust or crumbs would stop keys from working.

That problem led to lawsuits against the tech giant, which was forced to offer free fixes for customers, but it's steadfastly refusing to admit that the 2018 MacBook Pro's keyboard redesign was a purposeful move to fix the issue.