Microsoft abruptly shuts down its Surface Plus financing programme for consumers 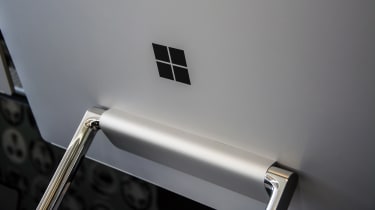 Microsoft has suddenly ended its Surface Plus financing programme for US-based students and consumers purchasing Surface machines just a year after introducing it.

In partnership with banking company Klarna, Microsoft provided a way for consumers to purchase surface machines at low-cost monthly payments - but abruptly announced it would be ending the scheme on 31 August via its Surface Plus hub.

Although offering little by way of explanation, the company guaranteed there would be no changes for customers currently enrolled onto the scheme, and that its separate financing programme for business users, Surface Plus for Business, will remain active.

"After much thought and consideration, Microsoft has decided to end new enrollment into the Surface Plus Program, financed by Klarna, starting 31 August 2018," Microsoft said in the FAQs section on the Surface Plus hub, which itself will be removed on 30 September.

The company added all financing plans in force will remain unaffected, as will warranties and upgrade options. Customers are also able to return Microsoft Surface machines as long as the purchase was made within the last 30 days.

The Surface Plus and Surface Plus for Business programmes were launched in August 2017 to widen access to Microsoft's products, and provide businesses and consumers flexibility in how they were paid for.

The timing of the Surface Plus shutdown, however, raises question marks given there is little by way of explanation - and the fact Microsoft has just launched a similar financing programme for its Xbox devices.

Surface Plus for Business, which will remain unaffected meanwhile, will still offer SMBs a choice of multiple surface models, including the Surface Pro, Surface Book 2 and Surface Studio, as well as added protection, and Office 365 for business at a reduced rate. The scheme also offers access to an expert support phone line seven days a week.

While its consumer-oriented Surface Plus programme offered users 24-month payment plans, business subscribers could opt for 18, 24, and 30-month financing schemes - with interest-free payments within the first 24 months, and a 19.99% APR thereafter.