The Microsoft Surface Go failed performance testing though, so won't be getting the badge 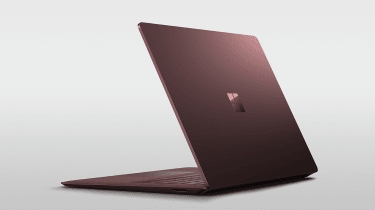 Consumer Reports has reinstated its "Recommended" badge for the Microsoft Surface tablet after the device was stripped of its certification last year due to "reliability concerns".

The consumer group has re-assessed the hybrid computer, saying its performance is now comparable to similar laptops and with rumours of a software upgrade next month, it's earned the recommendation.

Consumer Reports decided which devices are awarded its Recommended badge by asking the opinions of owners of the majority of devices freely available to consumers. It questions whether they've had any problems with the device and how they view its performance after purchase.

Although in the company's 2017 survey, a quarter of all Microsoft Surface owners said they'd had problems in the first two years of owning the device, which led Consumer Reports to remove the Recommended badge from its coverage of the laptop.

In this year's assessment, fewer of the 90,000 people surveyed said they'd experienced problems, suggesting the upgrades Microsoft had rolled out in both hardware and software had made a difference and results weren't far off other, similar laptops and hybrid computers.

The Recommended badge will now appear alongside Microsoft's full product line-up including the Surface Pro, Surface Laptop, and Surface Book 2. However, the 10-inch Surface Go will not be awarded the badge because it hasn't passed the company's stringent lab testing process, which tests each device's performance rather than reliability.

"We weigh processing power heavily when we're evaluating laptops," Maria Rerecich, who oversees all electronics testing for Consumer Reports, said. "A computer that doesn't do well in performance testing isn't likely to get recommended."