Exec says "cheap notebooks" are only good for testing environments 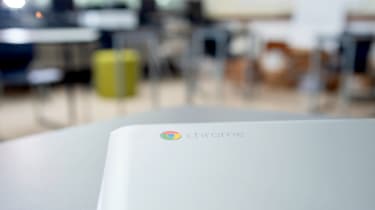 Apple marketing chief Phil Schiller has slammed the use of budget-friendly Chromebooks as education tools, claiming students will be unable to succeed unless they use Apple products.

Schiller argued that the iPad "is the ultimate tool for a child to learn on," in an interview with Cnet and that sales of the tablet are doing well in the early years market, particularly between ages six to nine.

"Chromebooks have gotten to the classroom because, frankly, they're cheap testing tools for required testing. If all you want to do is test kids, well, maybe a cheap notebook will do that. But they're not going to succeed," he added.

Apple thinks children that want to learn and are invested in their education will do better when they use Apple products. "You need to have these cutting-edge learning tools to help kids really achieve their best results," said Schiller.

Speaking to IT Pro in 2013, Jaime Casap, chief education evangelist at Google said "iPads are a great tool – they make a lot of sense when you are consuming information.

"It's about picking the right tool for the right job. For example, kids sit in the classroom and wait for five to 10 minutes for a PC to boot up so they can access the internet. With a Chromebook, you can do that in five seconds. It also has a long battery life, a keyboard and camera," he added.

Raspberry Pi devices are also proving to be popular education tools for classrooms. The Linux-based PCs come in a tiny form factor and for £34, a school can buy 22 of the latest Raspberry Pis for less than the price of the cheapest iPad Pro. It's worth noting that this was calculated using off-the-shelf consumer prices and education discounts apply to both machines.

Whether Apple's attempts to take over the classroom prove fruitful, the announcement of its new flagship laptop will almost certainly entice the enterprise sector.

The mightiest MacBook Pro yet 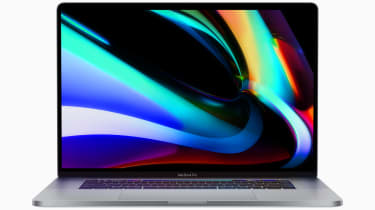 The launch of Apple's new premium 16-inch MacBook Pro model comes with a host of hardware upgrades which aim to eclipse the performance of previous generations.

The most obvious difference is the 16-inch panel – the first time Apple has ever created a retina display this large. It takes the same form factor as the 15-inch version, which is now set to be replaced by the latest model, but reduces the screen-to-bezel ratio.

Apple describes it as the "most powerful MacBook Pro ever", starting at £1999.17 (exc VAT). The model offers plenty of optional upgrades including an 8TB internal SSD storage – the largest ever seen on a notebook – and RAM upgradable to 64GB.

The device is marketed to those who need lots of computing power while on the move. For example, users who need to compile code, edit multi-cam video or do 3D animation require high processing power which the new machine can supposedly handle well thanks to its 6 or 8-core 9th generation processors and more advanced thermal design.

It also removed the divisive butterfly mechanism keyboard which all MacBook Pros received since 2016 in favour of a more hybrid version. The new keyboard reverts back to the pre-2016 scissor switches but keeps the short 1mm travel time of the more recent and issue-laden butterfly keys.