The IT challenges of agile working

Dennis Publishing is making the move to the office of the future, literally... 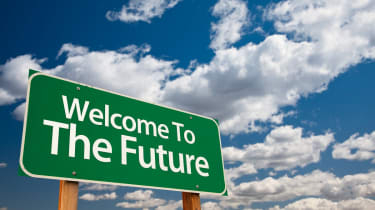 Many companies are exploring agile working as a way to cut costs and improve efficiency, but moving your entire business to an agile model wholesale is a daunting prospect. Even more terrifying is the idea of instituting this radical cultural change at the same time as relocating your entire corporate headquarters to a new facility.

Nevertheless, that's exactly the task being faced by Paul Lomax, CTO of Dennis Publishing. We spoke to Lomax about how - and why - he's planning on reinventing the company's entire IT strategy during a time of almost unprecedented organisational upheaval.

Why has moving to an agile working environment necessitated a full IT refresh for Dennis?

I'm either brave or stupid. I'm trying to push the envelope, because we've got one shot at this. We could go nice and safe, and go with the traditional, proven, tested technology, but the point is that we've got a real opportunity to start fresh, so I'm taking a whole bunch of risks.

I once described myself as the shadow IT director, because I'm the worst offender for doing the stuff that's not been sanctioned. In fact, my job is often seeing what people have already adopted and then just rolling it out to everyone that hasn't heard about it.

My role is also making sure that what people are using naturally is adopted and is made more secure, but I'm not in the business of being the typical 'business disabling department' - I try and avoid saying 'no' too much.

What were the key factors you were considering when looking at potential IT solutions to adopt?

When we came to look at how we were going to move to agile working, obviously the first thing we had to do was make sure we didn't have any desktops moving over to the new building. You can do the whole remote desktop, thin client thing, with Citrix and that kind of stuff - and it has its benefits - but we felt that it wasn't quite where we wanted to go.

Actually, what we've found over the last few years is that what people are used to having at home is changing. We're still getting some people asking about Macs, but also we're getting people who have got Chromebooks at home, as well as many people who still use Windows.

Dennis has always been quite a mixed estate; when we were looking at other companies who had moved into an agile working environment, they had arguably the benefit of being nearly all PCs. Every desk has got the same docking station, same branded PC/laptop - really easy.

I didn't want to get into a situation where we're relying on homogeny across our IT estate in terms of ports and operating systems, but I also didn't want to make plugging into a workspace difficult. That's why we went for USB-C - we're getting a few hundred new computers, which will all be USB-C; the Macs, the PCs and the Chromebooks, everything.

How important has the adoption of the USB-C standard been to the new agile strategy?

I was trying to explain to some senior colleagues about why I was obsessing a bit about the desk setup - it seemed to be a strange thing for someone of my level to even be thinking about, how a desk would be setup and how it would be cabled.

I came to realise that actually, this was, strangely, one of the most important things I could get right, because if it takes someone five minute extra to plug in every day and we've got 400 staff in the building, that's a lot of time. In fact, let me do the maths; five minutes, times 240 working days a year, times 400 people, divided by 60 minutes - that's 8,000 man hours, or a thousand man days, a year.

It reduces frustrations. If it's easier to plug in and out, people will be more flexible. If it's a pain, people will stick to their old habits of being entrenched, and resisting the idea of even unplugging at night - you just won't bother.

We spent ages deciding which connection standard to use, but Apple's decision to move to USB-C kind of forced the hand on that. At first, I thought the timing was terrible - I was just about to place an order for a ton of kit - but it turned out to be a massive blessing in disguise.

It did delay me by about two months, as we sorted out what we were doing and had to change our entire strategy, but the timing couldn't have been better really, particularly once we sourced USB-C monitors. USB-C has really allowed us to see a vision of interoperability, and it's great.

The company's new primary machine is somewhat expensive - was there a temptation to go for something a little more cost-effective?

Frankly, a little bit of shiny goes a long way. People do look at these things and go 'does it look nice, I need to go out and see a client, am I going to look like an idiot with something that looks like an Etch-a-Sketch'. And also, I'm carrying it around, so it has to be light.

We had lots of concerns from people that they will want to take their laptop home every day, and they don't want to carry something that's frankly more than 1.2kg. That seems to be the weight point where people were like 'it's too heavy!' - they obviously never had a laptop in the 90s, but there you go!

Of course, laptops aren't the only thing you need to worry about as a CIO - what other IT changes has the move entailed?

Certain things that normally I wouldn't care about became quite critical - so, printers, for example. In agile working, you don't want to have to select from a list of every printer in the building, you want follow-me printing. And then, of course, we have Chromebooks and Apple devices to cater for, so we've got to have support for Google Cloud Print and AirPrint.

We're using tech called EveryonePrint and Equitrac to manage the follow-me printing, the scanners and the cloud printing. We're rolling that out in the existing building, and that will move over to the new building. It means that if you're sitting on the fourth floor today, you won't accidentally print a list of upcoming redundancies or whatever on the sixth floor.

The problem with doing internal IT is there's no glory in Wi-Fi, emails and printers. It's the stuff where if it breaks, people go mad but when it works, no-one cares - it's your classic utility.

This move entails going from an entrenched, legacy IT setup established over decades to a brand new agile system in one fell swoop. Obviously, that's quite a risky decision - are you worried the change is going to be too drastic?

You've got to push the envelope; there's always going to be people that are going to complain about new technology and changes. If you were rolling out Windows 10, you'd have people going 'oh, I don't like Windows 10, I want Windows 7' - well, tough. Change has to happen, and i'm trying to push change.

You do hit little barriers, and I can see how some CIOs would go for the easy life, and would go for stuff that's going to cover their back, where if it all goes horribly wrong they can say 'don't blame me, this is what everyone else is using'.

Whereas if i'm choosing something that no-one else uses, I'm exposing myself to criticism, but I kind of like that excitement. I think it's more Dennis; we're a very entrepreneurial company, we're very risk-taking and I think it suits us to be a bit more at the cutting edge.