New LinuxONE systems will run up to 8,000 virtual machines 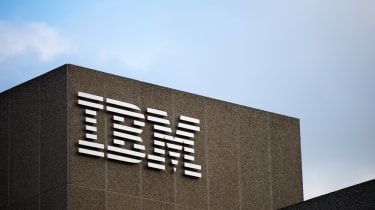 IBM has deepened its commitment to open source, with the launch of Linux-only mainframe servers.

The LinuxONE systems, including Rockhopper for SMBs and Emperor for large organisations, can scale the largest number of virtual machines and containers of any Linux system, IBM claims, reaching up to 8,000.

Based on the z13 mainframe, IBM's new system will be primarily used for large-quantity mobile transactions, and will be compatible with open source software such as MongoDB, Apache Spark and Chef.

Offered in partnership with Ubuntu makers Canonical, the deal was reportedly inspired in part by the amount of IBM's customers that have been using open source Linux distributions on their servers.

"Fifteen years ago IBM surprised the industry by putting Linux on the mainframe, and today more than a third of IBM mainframe clients are running Linux," said Tom Rosamilia, senior VP of IBM Systems.

"We are deepening our commitment to the open source community by combining the best of the open world with the most advanced system in the world in order to help clients embrace new mobile and hybrid cloud workloads. Building on the success of Linux on the mainframe, we continue to push the limits beyond the capabilities of commodity servers that are not designed for security and performance at extreme scale."

The news comes as Huawei announces its new Platinum membership of the Linux Foundation, announced at LinuxCon 2015.

The partnership marks the highest level at which a company can invest in the foundation, bumping the company up from its previous Gold status.

"Huawei stands out as an industry innovator and leader. Its contributions to Linux and open source software have made today's technologies better and ensure that future technologies will thrive," said Jim Zemlin, executive director at The Linux Foundation.

As well as confirming the company's continuing support of open source technology, the new position also grants Huawei a seat on the Foundation's board of directors.

The Chinese corporation now joins the likes of Fujitsu, HP, IBM, Intel and Oracle, all of whom are major players it the IT infrastructure space.