The benefits of Linux servers 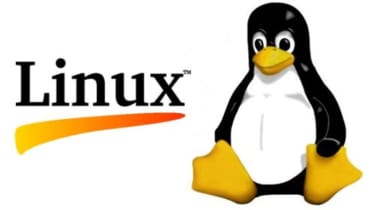 The debate between installing Windows or Linux servers is one that's been going on among IT professionals for quite some time. While supporters of Window will firmly support its safety and familiarity, the more open-minded sysadmins would rather flock to Linux for its open source goodness.

But is one platform truly better than its competitor, or is it more of a case of preference rather than business freedom? We take a look at what each platform offers and whether open source is the way to go for all businesses.

Whether to make the switch to Linux servers has historically caused a lot of debate, mainly because Windows is the more comfortable, secure and "safe" option. IT professionals supporting open source have a lot of negativity for Microsoft because the company doesn't offer flexibility in the same way as Linux, perhaps over-zealously policing the platform and directing sysadmins towards what they can and can't do with their servers.

Linux offers a get-out for this closed ecosystem, allowing businesses to use multiple vendors to provide their services and avoiding the dreaded vendor lock in. On the other side of the coin though, organisations moving to a Linux-only environment may well find the services they once relied on aren't supported by Linux, leaving them in a bit of a quandry.

The first thing that any Linux fan will tell you when asked about its benefits is that unlike Microsoft's OS, it's free to install. While this is true for desktops, it's slightly more complicated in the server space.

You can technically download and run Linux in your data centre for absolutely nothing, but businesses will need support services in case things go off the rails, and those aren't free. With that being said, however, Linux is almost always cheaper to run than Windows Server, as there are no per-seat licensing costs.

Despite numerous improvements to Windows Server over the past few years, many people still view Linux as a more stable and reliable operating system, with a lower risk of crashes and errors. Linux can also handle more simultaneous processes and don't need to be restarted as frequently, leading to less overall downtime.

This is due in large part to the fact that it's incredibly stripped-back and efficient. Because there's very little in a Linux distro that doesn't absolutely need to be there, there's less to go wrong and throw your data centre into chaos.

Linux has a reputation for being incredibly lightweight, and it's a well-earned one. Most Linux distros can pretty much run on a toaster, and this is just as applicable to server software as it is to desktop operating systems.

You can run a Linux server on a machine as comparatively under-powered as the Raspberry Pi, which means it's incredibly easy to get servers spun up without necessarily needing stacks of expensive hardware to do so. This isn't likely to be much of a concern for larger enterprises, but if you're a small business or startup, Linux could slash your initial IT CapEx costs.

Another major selling-point of Linux servers (and open source software in general) is a belief that they're inherently more secure than their counterparts. The theory is that because everyone is free to examine the source code, bugs are found more quickly and patches can be pushed out by the community, without waiting for the manufacturer to roll out a fix.

While this doesn't always hold true - the Heartbleed bug is proof of that - it must be said that Linux generally has less colossal security blunders than other operating systems, and is often held to be more resilient by cyber security experts.