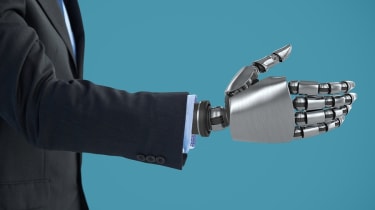 A report by PointSource has revealed that consumers don't completely trust chatbots to provide them with the same level of aftersales service as provided by humans. 80% said they would rather talk to a human when resolving problems after purchase, while the majority of those shopping for financial products such as insurance and seeking healthcare advice would rather avoid chatbots.

The research firm explained AI is causing the same confusion among consumers. 54% of those surveyed said they have used an AI application over the last year, but 62% said they've used an AI-enabled device. This means 8% of survey takers didn't know they were using AI, demonstrating how misunderstood AI is.

PointSource thinks businesses need to prepare consumer better for the use of chatbots and make it more obvious when the technology is being used.

Consumers reported their main frustration with using chatbots are that chatbots don't understand what the user is asking or looking for and the information is not accurate compared to the information provided by humans.

Privacy and security also ranked high as a consumer concern, with 41% of those questioned saying they are worried their data may be breached. PointSource explained this is a hard problem for businesses to tackle because the variables are changing all the time. As soon as a data breach hits the news headlines, people lose trust in chatbot technologies.