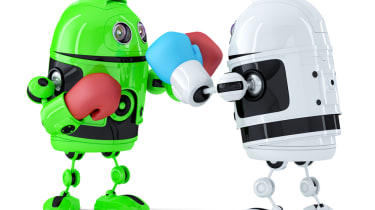 There is a danger that human prejudices will make their way into AI, but research from MIT claims that robots can learn it from themselves.

Researchers set up a simulated game using groups of AI-powered robots, whereby each chooses to donate to another within a group it belonged to or another group it didn't. The robots in the test based decisions on the reputation of each robot and the individual robot's donation strategies.

The researchers used thousands of simulations and the robots learned new strategies by copying each other, either within their own groups or across the entire population. The study found the robots copied strategies that gave them a better payoff in the short term.

As such, the results found that robots became increasingly prejudiced against those from other groups they have not learnt from, and the researchers noted that groups of autonomous machines could demonstrate prejudice by simply identifying, copying and learning behaviour from one another.

"Our simulations show that prejudice is a powerful force of nature and through evolution, it can easily become incentivized in virtual populations, to the detriment of wider connectivity with others," wrote Cardiff University's Professor Roger Whitaker, seen via TechCrunch.

Until now, artificial intelligence that has shown signs of prejudice has been the result of its human interactions, such as Microsoft's ill-fated chatbot 'Tay tweets' that began to post racist content after learning it from other Twitter users.

However, the research from MIT would suggest a limited form of the technology might have that bias as a default, adding more negative points to a field of technology that is increasingly coming under scrutiny. Recently, the incoming president of the British Science Association warned of a fear-driven public backlash over the misconceptions of AI.