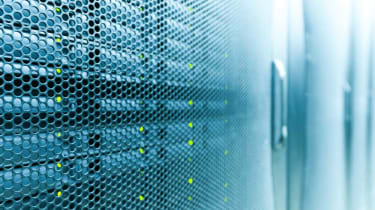 Researchers at the University of Birmingham will use a significant AI power upgrade to run faster diagnostics for heart conditions and cancer, as well as help to develop therapies.

It's claimed the IBM POWER9 AI cluster will be the largest deployed in the UK to date, with the university integrating 11 POWER9-based servers into its existing computing infrastructure, known as the Birmingham Environment for Academic Research (BEAR).

This represents a significant boost from the two POWER9-based AC922 IBM servers the institution deployed in September. Its Advanced Research Computing (ARC) team soon realised far more computational power was needed to cope with the wealth of the university's AI-dependent research.

"It's very important to us as a research-led institution that we are at the forefront of data research which means we are always looking at ways to make AI quicker and more accessible for our researchers," said Simon Thompson, research computing infrastructure architect at the University of Birmingham.

"With the sheer amount of data, the common questions from researchers are how can we analyse it fast enough and how can we make the process even quicker?

"With our early deployment of the two IBM POWER9 servers we have seen what is possible. By scaling up, we can keep-pace with the escalating demand and offer the computational capacity and capability to attract leading researchers to the University."

The new cluster is also being deployed alongside an energy saving water-cooling system that claims to recover 85% of the heat.

The massive upgrade to the university's BEAR computing environment will allow its Alan Turing Institute-based fellows to research early diagnosis of cancer and heart disease, as well as develop innovative therapies.