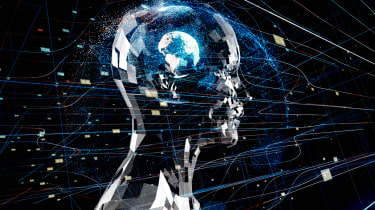 IBM researchers have used the power of machine learning to come up with a new way to detect the signs of early Alzheimer's disease through the analysis of blood.

Through the use of IBM's artificial intelligence tech, the researchers were able to apply smart computing to the analysis of proteins in blood, which in turn allowed clinicians to predict the concentration of amyloid-beta, a peptide that's a biological marker of Alzheimer's, in spinal fluid.

From the detection of the peptide, the disease can be spotted even earlier than conducting a brain scan, thereby giving doctors more time to care for a patient with Alzheimer's and potentially slow down the onset of the neurological disease.

Previous early detection of Alzheimer's would involve the extraction and examination of spinal fluid for the concentration of amyloid-beta. But this is an invasive process for a patient, as well as an expensive process.

However, the analysis of blood has thus far proven to be up to 77% accurate and is a lot less invasive than extracting spinal fluid.

While the AI testing is still in its infancy, it does pave the way for clinicians and researchers to find new ways to detect Alzheimer's disease earlier, without needing to put a patient through intrusive tests.

"It could potentially help improve the selection of individuals for drug trials: individuals with mild cognitive impairment who were predicted to have an abnormal concentration of amyloid in their spinal fluid were found to be 2.5 times more likely to develop Alzheimer's disease," said Ben Goudey, staff researcher at IBM Research's genomics research team.

A cure for Alzheimer's currently remains out of reach of researchers and clinicians, even with the power of Ai technology supporting them. But advancements in machine learning techniques ad technology are at least paving the way for faster and improved treatments of such complex diseases.