IT Pro Panel: The realities of business AI

What’s it really like to build a machine learning project? 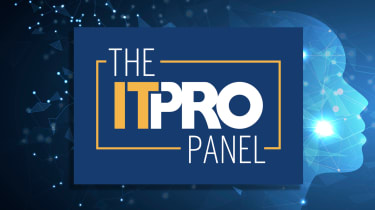 Artificial intelligence is slowly but surely moving from fantasy to reality. It's progressed leaps and bounds since the IT Pro Panel last covered the topic, and while we may not have robot butlers or self-aware computers just yet, AI tools are starting to be rolled out in businesses across the globe to automate tasks, improve efficiencies and cut costs.

Some concerns around AI still remain, however: are there any ethical considerations that we need to make when deploying enterprise AI? How tricky is it to roll out an AI or machine learning project for the first time? And is it worth all the time and effort, or is it just another passing fad?

To get some answers, we asked our panellists to share their thoughts and experiences around AI, including what it's actually like to develop an AI project, and what practical benefits it can bring to a business.

There has been a growing amount of hype around AI-powered chatbots over the last couple of years but for GoCompare CTO Jackson Hull, much of that hype was "misguided". He notes that many early use-cases like shopping "weren't appropriate" and failed to achieve mainstream success.

"Activities where customers are seeking information through a set of decisions, seem to work better," he says; "customer support questions, FAQs, and insights 'bots' have picked up traction - see IBM, Salesforce and Cleo."

"Here at Hermes, we took our first bot live a couple of months ago, and whilst we've only automated one journey via our bot, it's been greeted really well," he says. "By exposing our new rich tracking experience through Holly, we now fully service approximately 40% of our web chats within the automated process. Our CSAT and NPS scores have improved by 10 points and we've taken a big chunk of cost out of the process too."

In Hull's view, the most exciting future developments in the area of chatbots are going to be where text and voice-based AI come together, allowing customers to mix and match, changing between the two depending on what suits them best.

Richard Orme, CTO of Photobox Group - the personalised gift company that owns Moonpig - argues that voice is going to be the channel that wins out in the long term, as it's a much more natural interaction method for most users. Even so, he says, voice-based chatbots like Alexa and Siri are still comparatively basic in their functionality - although he also notes that "those who have pivoted to voice (and have simple enough use cases for that to work) are stealing a march on the rest".

"I fully agree with Jackson," Ashworth says. "We've played around with Alexa and google skills - these work really well but haven't had a lot of uptake yet. I think as this tech is integrated into more and more devices it'll really take off. We're investing in the voice integration to compliment our IVR, so I'll keep you posted on that one. The convergence stuff and ability to continue the same conversation across different channels is definitely the nirvana."

At the moment, Holly is limited to providing users with real-time tracking of where their package is, as well as offering signatures once it's been delivered or photos if it's been left in a safe place. In the coming weeks, however, Hermes is planning to add diversion requests to its skillset, allowing customers to request that parcels be left with a preferred neighbour if they're out. "We're also automating our returns process, so you can request a return and even generate a QR code which will produce a label when used with our print in store offering," Ashworth reveals.

Unlike Hermes, GoCompare doesn't have any customer-facing chatbots. Instead, AI technology is most valuable to Hull and his colleagues as a behind-the-scenes tool. The company's engineers use a number of Slack bots to automate tasks, like pull requests and status queries, but GoCompare also integrates AI processes into some of its products in the form of personalised deals for customers, which Hull says results in "fundamentally better unit economics" for the business.

"Take WeFlip - that's a service where we constantly assess a savings opportunity for you based on changes to market data, personal consumption of energy and gas, changes in your spending habits, et cetera. The result is simple: a flip to a new provider when there is savings to be had. Without the data science behind it, a consumer would have to do the analysis themselves."

It takes a village to raise a robot

It may not seem like Photobox would have much in common with an insurance comparison site like GoCompare, but their use of AI is surprisingly similar. Both companies use AI to help deliver personalised products to their users, and Orme says that AI has helped speed up one task in particular.

"One of the biggest opportunities for artificial intelligence in our work is to help people in creating photobooks," he explains. "On average, we've found that it takes a customer around 2 weeks to create a book - which is a big commitment from them in terms of both time and effort. We have a great machine learning and AI team in Paris that continually explore how computer science can be harnessed to lend a helping hand to our customers, while maintaining the element of creativity and enjoyment they have of building a personal and unique photobook."

"This is what we call emotionally intelligent technology and the results we see speak for themselves. In the lead up to Christmas, we sold over 36,000 of our AI-powered photobooks, resulting in an 80% reduction of time for the creation. Outside the Christmas peak, this goes up to 80% reduction and customers keep 80-85% of the book unchanged that was created by the AI tool."

On the other hand, developing and deploying AI technology isn't exactly a piece of cake in the first place. It can be a struggle and as Ashworth notes, you often have to do a lot of internal transformation before you can begin to tackle it.

"Our infrastructure was really old fashioned and somewhat under-invested in, so for example, our data was only structured around the parcel - I could tell you everything you wanted to know about that, but I couldn't understand my relationship with a customer unless that customer provided me with every parcel ID individually."

"We've had to go back and build a brand new data model that will future proof the business - we're just starting to use the first major deliverable (a single view of the customer) now."

According to Hull, it takes "a small village" of teams from all across the business to get machine learning projects up and running, which can be a challenge.

"There are many functions that have to be built, from data engineering, data science and infrastructure," he says. "Then they all need to work in alignment to build, train and get online models that drive this product tube capability."

He also advises CIOs who are looking to start this kind of journey that it's essential to broaden their focus beyond PhD-level data scientists: "They are crucial, but without an ensemble cast around them, their value can't be brought to life," he notes.

However, AmTrust International's EMEA head of cyber security Ian Thorton-Trump raised concerns held by many about the ethics of AI and how much trust we're putting in machines to make decisions for us. For example, what happens when a decision made by an AI tool causes the explosion of a plant or refinery?

"I think we need to be very careful with AI technology," he says, "as we can create any number of scenarios where something goes wrong, and we can't hold AI accountable for a tragedy."

These potentially life-threatening scenarios may not apply to areas like parcel delivery, insurance or personalised gifts, but they do raise interesting questions about how much of your business-critical tasks you're willing to give an AI system control over, and the potential knock-on effects of its decisions.

He also points out that outsourcing entry-level tasks to automated tools puts something of a dampener on the prospect of developing internal talent within the organisation.

"Imagine that all your tier one support calls are all handled by AI & chatbots. Are you going to let a junior analyst loose on senior tasks? Hell to the no on that one. As much as the business perceives a cost saving associated with chat and AI, in the end it's doing a disservice to the organization."

Thornton-Trump did acknowledge the usefulness of AI in cyber security, but stressed that it wasn't a panacea; instead, security AI needs to be carefully targeted and selectively applied, rather than acting as the first line of defence. He recommends implementing "foundational security controls" such as the UK's Cyber Security Essentials scheme to handle the majority of an organisation's threat model and then use AI to take care of the remaining 15 to 20%.

There are numerous options when it comes to implementing machine learning and AI within a business; Hermes chose a combined solution, integrating an omnichannel decision engine powered by IMI with bot technology from its existing CRM provider Oracle.

"We found it easier to use Oracle's bot but powered by the IMI decision tree," Ashworth says. "It was really flakey at first. We lost it for 2 days - that makes it really hard to service your customers when the bot has replaced a number of heads. But they worked closely with us on performance and resilience and since then it's been really good."

"Next year we're likely to look for a full blown decision engine."

GoCompare, meanwhile, has used a mixture of frameworks and technologies, but Hull says that the underlying code always seem to come back to good old-fashioned Python. "Our platform is Data Bricks," he says. "Data Bricks is great. Its heritage is Apache Spark, so it's very familiar for big data engineers."

While there are many challenges and hurdles on the road to AI deployment, and hard questions that those deploying it will have to ask themselves, the question of whether artificial intelligence and machine learning technology has a place in modern business by now has a pretty clear answer. Yes, it does, and it's getting more mature by the day.