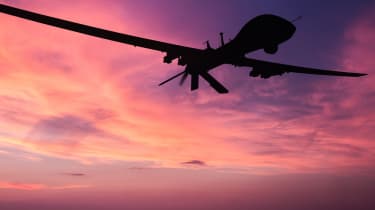 Despite pledging to cut ties with weapons-based artificial intelligence (AI) projects, Google is using its investment arm to cultivate startup firms that actively engage in military and law enforcement contracts.

Following a messy public dispute, Google published an ethical code of conduct and declared it would pull out Project Maven, as well as work on any direct AI military applications. The firm even withdrew from a $10 billion Pentagon cloud project in October because it may conflict with its "corporate values".

Whistleblowers, however, have claimed Google is circumventing its own guidelines by providing funds and guidance to AI startups via its investment arm Gradient Ventures, according to The Intercept. This is a financial fund created by Google specifically to invest in AI startups.

Not only do these companies receive financial support, Google employees said, but they are also granted access to Google's vast repository of training data accumulated through work with its own AI systems.

Moreover, these startups will receive advanced AI training on behalf of Google. Emails also suggest senior Google engineers will take up roles in these startups in order to offer "the kind of hand-holding support that we think is helpful in growing an AI ecosystem".

When the company published its code of ethics, critics suggested the exact terms left the door open to continued involvement with the military and law enforcement in other areas such as recruitment and training.

Companies supported by Gradient Ventures, however, are directly involved in supplementing weapons systems with AI technology. Cogniac, for example, provides image-processing software to the US army in order to assess battlefield drone data.

Google isn't the only major tech company to sustain heavy criticism for its involvement with law enforcement. Amazon, for instance, has been savaged by immigration rights groups for its work on behalf of the US Immigration and Customs Enforcement agency (ICE).

IT Pro asked a Google spokesperson to explain how its investment activities were consistent with its own ethical guidelines.