Autonomous vehicles “could cut crashes by 22%”

A small increase in self-driving technology could prevent hundreds of deaths, claims TRL 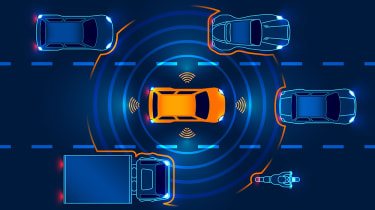 New research from the Transport Research Laboratory (TRL) estimates 22% of collisions may be avoided by introducing highly-automated vehicles into the fleet.

TRL anticipates that level 4/5 automated vehicles will hit the streets at a level of 4% by 2025, increasing to 25% by 2030. These self-driving vehicles require no human intervention during defined use cases, such as motorway driving, with the driver handing over full control. The TRL study used in-depth case analysis from Road Accident In-Depth Studies (RAIDS) and vehicle fleet data, and found that by replacing one traditional vehicle in a collision with an autonomous car, an estimated one in five serious and fatal incidents could be prevented. The study further projected a reduction in crashes involving vulnerable road users, junctions, and single-vehicle incidents. This could potentially prevent up to 650 collisions resulting in serious and fatal injuries annually by 2040 if 8-19% of cars were automated.

However, the scope of the study was limited to one- and two-vehicle collisions in which one or both resulted in serious injury or fatality. Director of the TRL Academy, Richard Cuerden, called upon OEMs and tech providers to help bridge the gap in aggregated data to provide a more comprehensive understanding of the consequences of self-driving car integration on transportation safety. "Our analysis suggests the introduction of automated vehicles to our roads is likely to bring the biggest change in road safety since the introduction of the seatbelt," Cuerden said, "However, more data is needed to build a more in-depth and robust view of future collisions and opportunities for improving occupant protection."

In any case, the preliminary concept results are promising, though in need of further research. TRL recommends improvements to their study's methodology, including considerations of a vehicle fleet with varied levels of automation and a broader scope of multi-car collisions with autonomous vehicles.