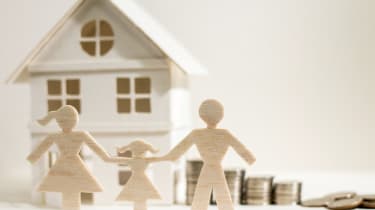 US-based firms such as TransUnion and Xantura are reportedly providing algorithmic software that is proving inaccurate for detecting fraudulent benefit claims and aiding child protection services.

It has been revealed that 140 councils out of 408 have invested in automated software, but a number of those are ditching these services due to the inaccuracies.

Councils in North Tyneside, Sunderland City and Hackney have all stopped using automated services in this regard, according to The Guardian.

"TransUnion provides no reason for a case meeting a high-risk category and it was found that in most cases, the reason for it being high risk could not be established... There was no reason for the payment to be withheld, but claims had been delayed," the council's report stated.

TransUnion checks benefit claims for fraud and have reportedly done so in about 70 other local councils. It provides services using customer data so councils can plan resources, connect with residents, and as mentioned, combat fraud.

"TransUnion's risk-based verification (RBV) service was the first in the UK and we worked closely with the Department for Work and Pensions (DWP) over a period of years researching, developing and testing the service before it was introduced widely," a spokesperson told IT Pro.

"A number of councils were involved in a pilot programme and the results from that programme were scrutinised before the DWP issued a circular to all local authorities in the UK in 2011, authorising RBV for use in the administration of housing benefit."

The firm said it was important to note that RBV does not determine eligibility for housing benefit and is only for assistance in administering claims with a risk score and banding. This is ultimately based on the councils own data sets and said local authority needs to still run through relevant checks after they received the score.

Hackney council used a service for predicting risk in families, such as a child being expelled from school or danger of domestic abuse. In this instance, it worked with Xantura as part of a grant-funded pilot to trial an Early Help Profiling System. The goal of the pilot was to explore how it might be able to use different data sets to help social workers identify children who may benefit from early help.

"At the conclusion of the pilot, we had not been able to realise the expected benefits and decided to not continue beyond the pilot stage," a spokesperson told IT Pro. "We found that the data available was more limited than had initially been envisaged and issues of variable data quality meant that the system wasn't able to provide sufficiently useful insights to justify further investment in the project."