Will Brexit price Apple’s MacBook Pro out of enterprise IT?

Apple hauls up MacBook Pro price by 45%, despite IT budgets shrinking 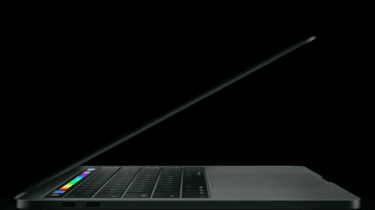 Apple has raised the prices of its laptop range up by as much as 45% following Brexit, a move that could damage its push into the enterprise.

The tech giant released three new MacBook Pros at its Cupertino headquarters yesterday, with the latest 13in and 15in notebooks featuring an OLED Touch Bar that lets users customise function keys and Touch ID for more secure logins.

Sterling's current ratio to the dollar is 1 to $1.22, making a 22% rise in prices understandable indeed, many other tech companies have already increased prices but it's also possible Apple is proofing its new flagship laptops against any further devaluation in the British pound.

Elsewhere, 20% price rises have hit the Mac Mini - going from 399 on Wednesday to 479 yesterday, according to the Telegraph.

IT Pro has asked Apple why it is raising its UK prices, but has not yet received a reply.

The move is likely to harm Apple's efforts to position its already premium devices as enterprise IT contenders.

The tech giant has built a $25 billion B2B empire on the back of its ubiquitous iPhone and its popular MacBooks through partnerships with software vendors like IBM and Box.

ButIT directors expect their spending budgets to decrease by around 5% year-on-year in 2017, according toa Spiceworks survey, raising questions over businesses' buying power for high-end equipment.

One CIO told our sister site, Alphr, that the latest price hike has cost Apple 100,000 in IT spend he now plans to take elsewhere.

Other companies including Microsoft, Dell and Intel are all raising their costs too, however, with Azure prices due to rise 22% in January 2017, and on-premise software up by 13%.