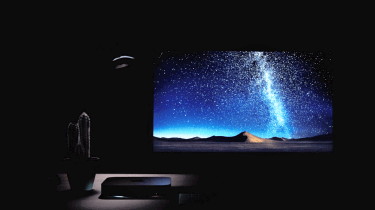 Apple has refreshed its Mac mini for the first time in four years with more powerful internal hardware, a reconfigured arrangement of ports, and a space grey aluminium finish.

The next-generation Mac mini comes with a minimum of four cores - up to six - and supports up to 64GB DDR RAM, Intel UHD Graphics, as well as up to 2TB all-flash SSD storage. 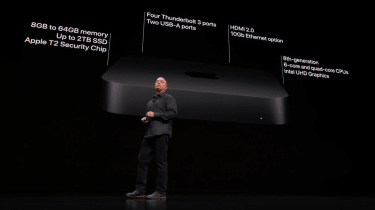 Its most powerful configuration meanwhile, with an 8thgeneration 3.6GHz Intel sixcore i7 chip, is priced at 3,709.

The previous-generation Mac mini, which was released in 2014, featured a dual-core processor by default, with a maximum of four cores. It also supported up to 16GB of DDR3 RAM, as well as an up to 2TB Fusion Drive.

Despite the device's more powerful specs and higher performance levels, its dimensions (36mm x 196mm x 196mm) are unchanged on the previous model, while it weighs 100g heavier at 1.3kg.

The Mac mini is available for pre-order from today and will be released on 7 November.

Apple CEO Tim Cook has announced that the Mac Mini, which was last refreshed three years ago, will play an important role in future product lines.

Since its latest release, the Mac Mini has been pretty low on Apple's priority list, causing its users to wonder about its future. A MacRumours reader, who goes by the name Krar, took matters into his own hands and emailed Cook, expressing his love for the device and asking if any updates are in its future.

Perhaps surprisingly, Cook responded saying that although it is not necessarily the time to reveal any details "we do plan for Mac mini to be an important part of our product line going forward".

Similarly, Apple marketing chief Phil Schiller, commented on the Mac Mini when the new Mac Pro was revealed saying: "The Mac mini is an important product in our lineup and we weren't bringing it up because it's more of a mix of consumer with some pro use."

The Mac Mini is still the most affordable desktop machine in Apple's line up, mostly because it does not come with a mouse, keyboard, or display. While very outdated, the device is still on sale at the Apple Store.

Despite Apple's hints, it is unlikely that a new Mac Mini model will be launched until 2018 at the earliest, according to MacRumours.

It could be argued that the Mac Mini is a pretty niche product that does not really warrant a lot of attention from Apple, particularly when it has a capable line up of MacBooks and all-in-one iMac machines to attract macOS fans.

But time will tell how much Apple effort will dedicate to the Mac Mini and whether it can bring a dose of innovation into the small-form desktop device.