The free alternative to Microsoft Exchange and Google Apps

The Zimbra Collaboration Suite (ZCS) is a Linux-based groupware system designed to provide your staff with unified email, calendar, contacts and basic file-sharing. Both commercial and open source versions are available. We've looked at the open source version as a cost-effective alternative to commercial server-based products such as Microsoft Exchange Server and Software-as-a-Service (SaaS) systems such as Google Apps for Work.

An added advantage that locally-hosted email and groupware systems have over SaaS products is that you are in full control of your own data, and can ensure that it's kept within the EU, or indeed your own business premises, making it easy to comply with legal and contractual obligations regarding confidential customer and financial data.

The paid-for version of Zimbra has extra features, most notably ActiveSync for mobile devices and a plugin for Microsoft Outlook. Standard comparative pricing is not available, as the company provides quotes on a per-client basis.

We installed Zimbra on a vanilla Ubuntu 14.04 system. It's a simple process, thanks to an installation script that's provided with the download that checks for all the required system packages. However, rather than automatically installing missing packages, it lists them and exits.

Armed with this list, installing the missing dependencies was just a matter of a few minutes and a handful of apt-get commands. With that done, installation proceeded smoothly. We left most options, such as install locations and services, on their default settings, but had to correct the domain, as the installer attempted to use the hostname as the domain.

At the final stage, the script gives you a chance to review all the settings and options chosen, correct any missing elements in the configuration, and save the config to a file before committing it to the system. With that done, all we had to do was set a password for the admin account.  Once the script finished installing all the required components, the comprehensive installation documentation directed us to the administration web interface. When you connect to the web interface for the first time, you'll get a certificate warning from your browser, as you won't yet have had the opportunity to upload an appropriate signed certificate to the server.

The web administration interface has a refreshingly clean layout, with a simple menu on the left and a central pane for editing settings. When you first connect, the home screen lists 3 sets of tasks needed to get the server running, but you'll have already taken care of most of the first two stages during installation. 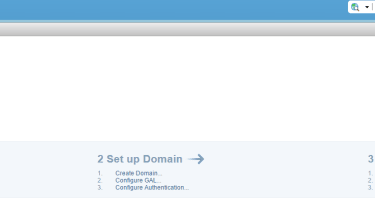 At this point, it's important to check the default Class of Service (COS) settings. This screen contains all the settings used as defaults when adding new users, such as language and time zone, enabled features, and themes. The system defaults to internal user management, but you can alternatively set it up to use an external Active Directory or LDAP server to manage your users. This is set individually for each email domain configured on the system.

Additional commands are available from a drop-down menu at the top right of the settings window. This replaces the options that would normally appear as a right-click context menu on systems such as Microsoft Exchange.

Accounts are configured from the accounts page in the Manage menu. Adding a new account brings up a window with a large number of options, but once the basic user details are entered, the remaining options will all be preset to the values set in the default COS, so it can be left as is if no specific customization is required for the user in question. 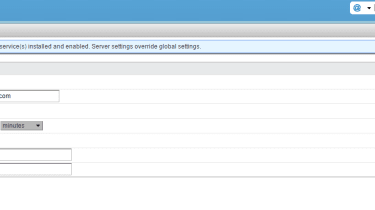 Zimbra's global admin settings are automatically applied to all accounts

This is also where you'll go to set or reset a user's preferences, for example if they've accidentally changed something in their own account configuration settings that's preventing them from using their account properly.

You can disable user access to their account preferences, either on a per-user basis or via the default COS setting. However, although this means that users won't be able to tinker with advanced options such as trusted address settings, it'll also prevent them from setting signatures, filters and out of office auto-replies. We'd have preferred to be able to control which preferences a user could access rather than it being an all-or-nothing choice.

ZCS can also be extended through the use of third-party plugins, called Zimlets, which can be installed through a dedicated area in the admin interface's configuration settings. These can provide extra functionality such as instant messaging, Dropbox integration, and video conferencing control. Some Zimlets have been adopted by the Zimbra developers, and are pre-installed, such as email archiving and the ability to ring phone numbers using Skype. There's also a JavaScript API, so you can develop in-house Zimlets if required. 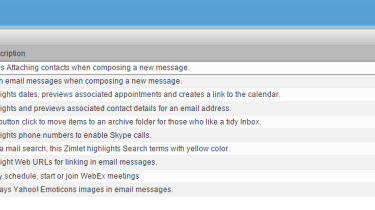 Like the web-based admin interface, the user web interface is clean and well thought out. Zimbra's capabilities as a polished and professional webmail client set it apart from most Linux-based email systems. The menus are logical and reasonably intuitive for anyone who's used any kind of webmail before, with everything pretty much where you'd expect it to be. 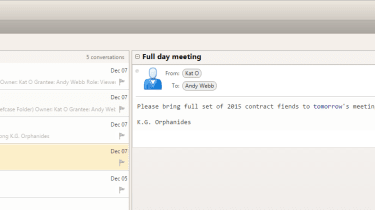 The interface is split into separate tabs for mail, calendar, contacts, tasks, briefcase and preferences. The briefcase tab provides an online file store for each user, with the option of sharing folders with other users or groups on the system, and even allowing external users to view shared content. Most of the sharing controls are available via a context menu in the Briefcase itself and in individual user's preferences. The admin can enable and disable the feature on a global or per-user basis, however. 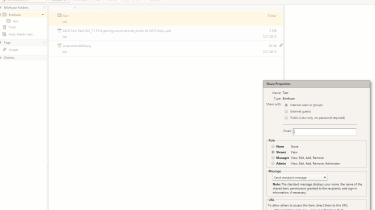 Zimbra uses standard POP3 and IMAPS mail protocols, so you can use any standard desktop or mobile client to access your email. However, there is no official mobile support at all for any of the other features of the system, such as your calendar, contacts or shared files. The Zimbra web interface admittedly scales well to mobile browsers, giving full access to your contracts, shared files and calendar. However, without proper support for syncing data with your mobile OS, push notifications or even official dedicated calendar and contacts apps, mobile integration is poor overall. 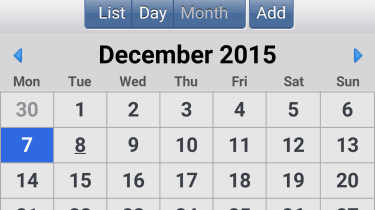 Although both the commercial and open source versions of Zimbra are popular alternatives to Microsoft Exchange, you can't actually access the open source version's calendar and contacts from Outlook at all. The paid-for version relies on an Outlook plugin to make its extended features function properly with Microsoft's email client.

Zimbra Open Source Edition provides support to desktop users only through their browser or Zimbra's own free desktop client for Windows, Mac OS X and Linux. The desktop client is basically a carbon copy of the web interface, with its layout and overall appearance duplicated almost exactly. The only notable difference is that users can't configure filters from the desktop client, and are instead directed to the web interface. All other functions and settings are available. 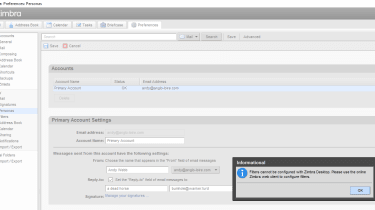 Zimbra's desktop client replicates almost all the user features of the web version, except filter creation

The Open Source Edition of Zimbra Collaboration Suite is an excellent web-based groupware system. However, both its lack of mobile device support for any feature beyond basic email and its meagre desktop support for popular email clients other than Outlook doesn't exactly mesh with its claim of being a complete, next generation messaging and collaboration system. Although its web client works remarkably well from most mobile browsers, the lack of true calendar syncing to smartphones means that missed appointments are always going to be a risk if you have staff who rely heavily on mobile synchronisation while on the road.

If you're looking for a glossy, open-source webmail and collaboration system that'll run on your own servers then Zimbra is a capable and easy-to-use option. However the lack of granularity when it comes to controlling which preferences users can and cannot modify is disappointing, and the absence of any autodiscover support can make the process of rolling out the desktop client time consuming unless your users can be trusted to do their own basic configuration.

A good groupware system, but it's behind the times when it comes to mobile support