Have you ever wondered how your email gets to its recipient? 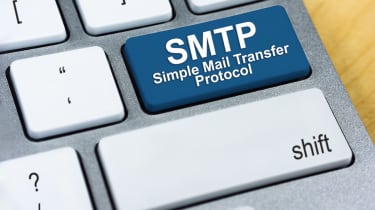 The Simple Mail Transfer Protocol (SMTP) is the mechanism that lies at the very core of email communications, with thisprotocol serving as the engine for online messaging since it was first widely-used in the 80s.

SMTP can be categorised as a framework that governs how data is sent be between email servers so messages can be sent between individual email accounts. The most common platforms, including Outlook.com and Gmail among others, use SMTP as the basis for data transmission so that emails can be sent beyond just their own servers.

Also known as as RFC 821 and RFC 2821, SMTP was first created in the 80s by the Internet Engineering Task Force (IETF), an organised community of researchers, operators, engineers, network designers and technology vendors. Together they crafted the standards that initially formed the fabric of the TCP/IP protocol.

There are four essential components that make up SMTP, including a local user or client-end utility known as the mail user agent (MUA), a server component, called the mail submission agent (MSA), the mail transfer agent (MTA), and, finally, a mail delivery agent.

The protocol involves shifting an email from one device’s MTA to that of another by using a ‘store and forward’ mechanism. Through a chain of sore and forward actions, a message can travel through the network before arriving at its intended destination.

The Post Office Protocol 3 (POP3) or even the Internet Message Access Protocol (IMAP) mechanisms are also deployed, depending on how users configure their email platforms, to gather and transfer emails to their destinations.

Both systems offer pros and cons, but most enterprise platforms normally use IMAP because emails can be stored on a server rather than on individual devices. When using IMAP, it's also important to specify which server stores the messages, so they can be received without delay or error by all devices which require them.

An SMTP server is just a computer running SMTP. Once messages are picked up they are sent to this server for passing onto recipients.

An email is sent from sender to recipient using six steps.

1) The email is submitted by an MUA to a mail server's MSA.

2) This email is transferred to the server's MTA via port 25 (the MTA and MSA are typically hosted on the same SMTP server).

3) The MTA confirms the MX record of the recipient domain and transfers the message to another MTA (this can happen many times until the message is received by the destination server).

4) The email is given over to the MDA, which saves the message in the correct format for retrieval by the receiving MUA.

5) The receiving MUA requests the message from the MDA via POP3 or IMAP.

6) Lastly, the email is delivered to the receiving MUAs inbox.

SMTP is a very reliable protocol, but it is constrained to sending text only. This would make email very limited as we wouldn't be able to send any attachments. This is where MIME comes in.

MIME stands for Multipurpose Internet Mail Extensions. This is an extension to SMTP that allows users to send different kinds of files over the internet, such as audio, video, images, application programs, etc. It also allows for non-Latin characters and emails that contain multiple parts (such as an email with a plain text element and an HTML element).

Another extension to SMTP is SMTP Authentication. This enables email clients to authenticate when connecting to an SMTP server using a username and a password. This prevents unauthorised users from sending email through an SMTP server.