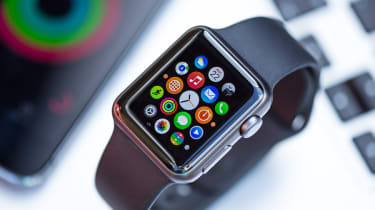 Wearables, smartphones and tablets are facing an ever increasing barrage of security threats, according to Intel Security's annual Mobile Threat Report.

Intel identified several vectors of attack that have moved from the desktop to the mobile world, including bank fraud, ransomware and remote access tools (RATs), which are all on the rise, according to the report.

It also found a marked difference in the way iOS and Android are each targeted via their app stores. While the biggest threat to iOS devices was from apps with "overly aggressive" adware, Android is still largely the victim of malicious apps.

The report also pointed out that, for Android users, it can be difficult to follow the mantra of updating to the latest version of an OS as soon as it is released, because each handset vendor rolls out updates on their own time schedule.

However, Intel did say that both Apple and Google are quick to remove malicious apps from their respective app stores once identified.

It is not just malware that has evolved from PCs that is now targeting mobile device users, however. More traditional SMS phishing scams continue to persist, directing users to crafted web pages that can encourage users to enter personal information, allowing cyber criminals to steal this data or infect it with malware.

The report also highlights the new attack surfaces presented by the Internet of Things (IoT), which include wearables and domestic devices like smart TVs and fridges.

From the perspective of wearables, cyber criminals could potentially use these as a gateway to access smartphones, while TVs with built-in microphones and cameras could have these features accessed remotely by hackers, allowing them to spy on the devices' owners.

Raj Samani, EMEA CTO of Intel Security, told IT Pro: "We're not trying to scare people, we're trying to make them aware that it is serious."

Individuals should be doing their own "due diligence" when buying devices and asking what security measures are in place, said Samani. He added, though, that there is "no excuse for companies to do nothing" anymore.