What's the difference between antimalware and antivirus?

We help you navigate the worlds of anti malware and antivirus 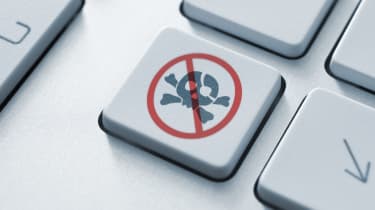 Security software is an essential tool for any computer, whether it's a personal or business device; by now, this shouldn't be a surprise for anyone. Not protecting your machine leaves it open to infection from a whole host of threats which can not only damage your PC but result in attackers stealing money, financial data or other sensitive information.

However, the security landscape is now more complex and confusing than ever, with numerous different types of software defending against multiple kinds of threats. This can make it hard to identify which particular product is best-suited to your needs.

Antivirus and antimalware are two of the most common types of security software, but while they may sound like they do the same job, they're actually slightly different. Antivirus software offers general-purpose protection for your device, guarding it against a variety of known pre-existing exploits and viruses. Antimalware, on the other hand, is a more specialised layer of defence specifically designed to fight ransomware and Trojans. While many organisations and professionals have chosen to stick with generic antivirus, many have also augmented this with additional antimalware tools.

Malware (short for 'malicious software') is a broad umbrella term for any software designed to harm you or your machine. Although the term was coined around the same time as phrases like 'computer virus', it didn't enter mainstream use until the late 2000s.

It's important to note that 'malware' and 'virus' are not synonyms. Viruses are a specific kind of malware, commonly marked by their ability to self-replicate and spread through networks - a characteristic that they share with worms, another form of malware. Viruses can be coded to perform a number of functions, but the victim generally has to be tricked into activating it by opening a malicious program or file.

What is antivirus software?

If viruses are just one type of malware, then antivirus software can't fight all these other threats, right?

Malware first rose to prominence in the early days of the internet, in tandem with the explosion in domestic connectivity. As the number of people with internet access grew, malware could spread more easily and the most common form of malware was the humble virus.

Thanks to flashy and exuberant examples like Cascade, Phantom and Anna Kournikova, viruses received a lot of media attention. Cyber security firms capitalised on this and began to market their products as 'antivirus software', despite the fact that many of them protected against other forms of malware too, and the name stuck.

Today, so-called 'antivirus' programs will protect against a wide range of different types of malware. In fact, viruses themselves are becoming increasingly uncommon, as more cyber criminals abandon them in favour of more effective methods.

Are antivirus and anti-malware the same thing?

Antivirus focuses on prevention, protecting a machine by stopping it from becoming infected in the first place. Antimalware, however, is geared towards rooting out and destroying malicious programs that have already been downloaded and activated. While there is a lot of crossover between the two tools, many security experts advise using both antivirus and antimalware tools together in order to maximise protection. 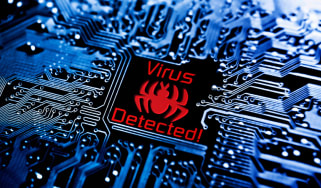