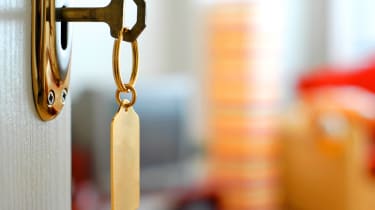 It said in a notification that the breach happened in some hotels between 29 September and 29 December 2016. It said it had hired a cyber security firm to investigate the breach, which "identified signs of the operation of malware designed to access payment card data from cards" used on site at front desks at certain hotels.

It added that there was no evidence of payment card data being accessed after 29 December, but cautioned that it couldn't confirm the eradication of the malware until investigations began in February and March of this year.

The hotel chain said the malware searched for track data (which sometimes has cardholder name in addition to card number, expiration date, and internal verification code) read from the magnetic strip of a payment card as it was being routed through the affected hotel server. "There is no indication that other guest information was affected," it said in a statement.

The hotel chain had suffered a breach earlier in the year. This breach not only affected its hotels but also bars and restaurants at hotels, such as the Knob Hill Club and Michael Jordan's Steak House and Bar at Intercontinental Chicago.

It also published a list of affected operations and times they were breached in a separate web page. The list features over a thousand hotels affected by the malware.

The chain has now deployed point-to-point encryption payment in a bid to prevent malware from searching systems for card data. The hotel affected by the breach had not previously implemented this security measure.

In addition, a subsidiary of Intercontinental Hotels, Kimpton Hotels, is fighting a class action lawsuit over allegations that the chain failed to adequately protect guests' payment card data and other personal information.