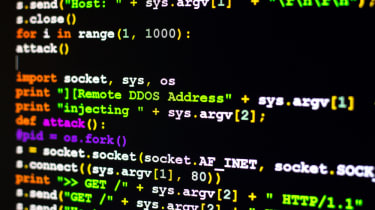 A new variant of the Mirai malware attacking IoT devices using ARC-based processors has been discovered, considered to be the first of its kind with billions of potential targets.

The malware, known as 'Mirai Okiru', is thought to be a variant of the infamous Mirai botnet that hijacked hundreds of thousands of internet-enabled devices in 2016. Github, Twitter, Reddit, Netflix, Airbnb and others were taken down during the campaign, as well as DNS provider Dyn and services used by institutions such as Rutgers University.

An independent security researcher known as Odisseus on Twitter, who first raised the alarm to the new variant, said that the discovery would "change the landscape of Linux IoT infection".

This is the FIRST TIME ever in the history of computer engineering that there is a malware for ARC CPU, & it is #MIRAI OKIRU!! Pls be noted of this fact, & be ready for the bigger impact on infection Mirai (specially #Okiru) to devices hasn't been infected yet.#MalwareMustDie pic.twitter.com/y8CRwwkenA

What's particularly concerning is that it's thought to be the first of its kind to target ARC-embedded products, such as smart devices for use in the car or the home, infecting a range of devices previously considered immune.

It's the latest attempt to create an altered version of the highly disruptive Mirai malware, the source code for which was released publicly online in 2016.

Last month hackers released the code for a separate Mirai variant known as Satori, which was used to exploit a zero-day vulnerability in a Huawei router model, infecting more than 280,000 devices in 12 hours.

It's not entirely clear how many devices are currently affected by the Okiru strain. Currently, only 20 of 58 leading antivirus suites are able to block the Okiru variant, according to VirusTotal, with tools such as Malwarebytes, Bitdefender, Webroot, and Microsoft's own scanners unable to detect the malware.

Barry Shteiman, director of threat research at Exabeam, said that the discovery should help analysts understand just how quickly IoT devices can be infected.

"There are likely more than 1.5 billion devices out there with ARC processors, enough to overwhelm the largest of networks," said Shteiman. "The best way to illuminate this attack risk is to monitor the behaviour of IoT devices in much the same way as actual human users. If you can't directly protect and manage the devices on your network, you must understand what normal behaviour for the devices looks like; then it's possible to get an early indication of when a device has been highjacked by hackers and is likely being used for malicious means."

Last month, three hackers in their early 20s admitted to being behind the original Mirai malware following an FBI investigation.