The 11-year-old Samsung Netbook is infected with the ILOVEYOU, MyDoom and WannaCry viruses 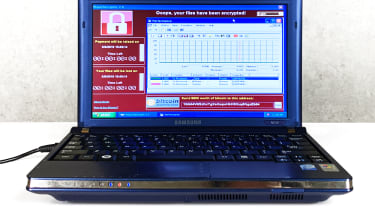 A laptop laden with some of the most infamous examples of malware has sold for $1.3 million (1.03m) in an online art auction.

'The Persistence of Chaos', a piece by artist Guo O Dong, is a 10.2 inch Samsung Netbook from 2008 that's been infected with six different strains of malware believed to have collectively caused $95 billion in damage to IT systems across the world.

On the laptop is ILOVEYOU, a virus that originated from the Phillippines and went on to affected computer systems from Hong Kong to the Houses of Parliament in 2000. It spread as phishing email with the headline ILOVEYOU, looking to exploit office workers looking for love.

MyDoom, allegedly a Russian email worm said to be one of the fastest spreading viruses, first appeared in North America in 2004. At its peak, one in 12 emails reportedly carried the bug.

Also on the laptop is SoBig, a type of Trojan worm that circulated through emails as viral spam that could damage both software and hardware. It affected millions of internet-connected, Microsoft Windows computers in 2003, with Microsoft offering a $250,000 reward at the time for information about the worms creator. The perpetrator has never been identified.

There's also DarkTequelia, a virus that's been active since 2013 and used to attacked customers for online banks in Mexico, BlackEnergy, the malware used to cause the 2015 blackout in Ukraine, and, perhaps the most famous of all, WannaCry, which crippled the NHS and many other public and private organisations around the world in 2017. 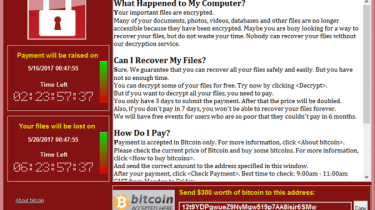 The piece was eventually sold to an unknown buyer for $1.3 million and will be shipped from a gallery in New York. Speaking to Motherboard before the sale, Guo explained that he wanted to explore how the threat of malware is perceived.

"These pieces of software seem so abstract, almost fake with their funny, spooky names, but I think they emphasize that the web and IRL are not different spaces," he said. "Malware is one of the most tangible ways that the internet can jump out of your monitor and bite you."

Gou originally trained as a painter but shifted his focus to working with technology 12-years-ago. Some of his other projects include 'Hipster on a Leash' which involved him riding a segway around Brooklyn, led by a 'hipster' on, you guessed it, a leash. He also developed a Twitter bot called China Headlines, which tweeted news headlines but changed the names and locations with alternatives from China.

"This shift progressed at around the same rate as being online went from feeling enjoyable and freeing to consuming and oppressive, the change from simply being online all the time to being Extremely Online," Guo said. "Regardless of my own computer usage I'm always online: circulating through various systems controlled by me, or companies, or governments."

Guo has said that all the ports on the machine have been disabled in an effort to prevent each malware from spreading.