Gadgets can be hacked to produce 'dangerous noises'

Hackers can force devices to emit sounds beyond their normal range 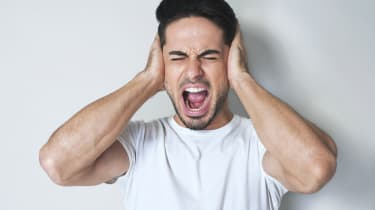 Modern gadgets can be hacked to have their volume settings turned up to deafening and dangerous levels, research has revealed.

Hardware such as smart speakers, laptops, mobile phones, headphones and even PA systems can be remotely loaded with malware and turned into "offensive" low-grade cyber weapons.

Many of these devices were also found to have very few protections in place to stop themselves from being hacked.

What's more, exploiting this vulnerability could cause physical damage to the hardware and potentially disrupt individuals and organisations with disorientating levels of sound.

PwC researcher Matt Wixey found the issue while conducting an experiment into how malware can cause physical harm. He looked into whether the volume or speaker controls of a device could be manipulated to produce harmful high and low-frequency sounds.

For the research, he used custom-made viruses, known vulnerabilities and other exploits to take control of devices and change their volume levels for long periods.

"Some attacks leveraged known vulnerabilities in a particular device, which could be done locally or remotely in some cases," he told the BBC. "Other attacks would either require proximity to the device, or physical access to it.

In one example, Wixey used a program that scanned local Wi-Fi and Bluetooth networks for vulnerable speakers to take control of. In some cases, the tone from the gadget would only annoy or disorientate people, but at a sustained level the noise could be loud enough to damage hearing, he said.

In one case, a device stopped working after Wixey and his team made it emit a range of sounds over several minutes.

Hacking internet-enabled gadgets is nothing new, but Wixey's research highlights the physical risk unsecured devices poses - both to the device and the user.

And IoT threats are on the rise, with a report from F-Secure Labs in April suggesting that there were 19 variants of malware-based IoT threats in 2018, having only detected five the year before.