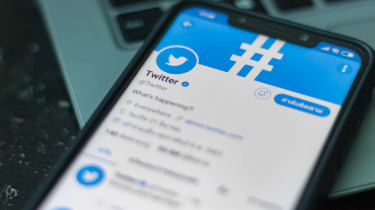 Twitter CEO Jack Dorsey has said that all political advertising will be banned on the platform in what appears to be a snub at rival social media companies.

The announcement comes in the midst of intense public scrutiny of Facebook's policy to not fact check political ads posted on their site, with many commentators commending the decision.

Twitter has plenty of compelling reasons to block political advertisements from their site altogether. In his series of posts, Dorsey cited machine learning-based micro-targeting, misleading information, and deepfakes as new tech threats to civic discourse, "all at increasing velocity, sophistication, and overwhelming scale."

However, Facebook immediately shot back to defend itself against the suggestion that the company wasn't doing enough to police political messaging on its own platform.

"This is complex stuff. Anyone who says the answer is simple hasn't thought about the nuances and downstream challenges," Facebook CEO Mark Zuckerberg said. "I don't think anyone can say that we are not doing what we believe or we haven't thought hard about these issues."

Facebook's Cambridge Analytica scandal, for which they've just paid out 500,000 in fines but rejected any of the liability, is a glaring example of just how powerful political ads can be, and just how dangerous they can become when riddled with false information.

Carole Cadwalladr, the journalist who exposed the Cambridge Analytica scandal, commended Twitter's move to block political ads from their site, adding "over to you Facebook".

However, others are wary of the ramifications of Twitter's drastic action, and wonder how Twitter will distinguish an advertisement as "political" or not. "It's hard to define where to draw the line," said Zuckerberg. "Would we really block ads for important political issues like climate change or women's empowerment?"

Twitter's move to completely eliminate political ads globally, and Facebook's reluctance to do the same, might make a bit more sense when considering the amount of revenue political advertising brings in compared to Twitter's overall income.

The company does not release specific figures each quarter, but reported that political ad spending for the 2018 midterm election culminated in less than $3 million. The total third-quarter revenue was about $824 million.

According to TechCrunch, Facebook's revenue from political ads is likely to be between $330 to $400 million next year.

Still, Twitter's has been the strongest action to date by any social media platform on the topic of political ads. Although disagreements may persist about the implications of the new policy, it's seen as the first major step towards regulating false information, microtargeting, and other harmful tech in political advertising.