Schools and businesses ban the use of Zoom over security issues 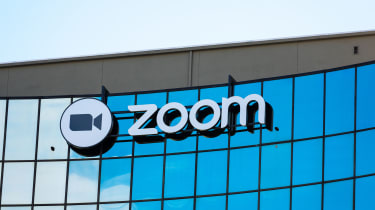 After an influx of new users pushed Zoom’s market cap as high as $42 billion, its stock price has since dropped nearly 14.5% as of Monday, April 7. While the teleconference app faced a surge in popularity last month, it now faces concerns over its privacy and security. Several major organizations and school systems across the nation have begun discouraging and, in many cases, outright banning Zoom.

The New York City Department of Education isn’t the only organization discouraging the app’s use. In an email dated March 28, SpaceX told employees it would disable access to Zoom immediately.

“We understand that many of us were using this tool for conferences and meeting support,” SpaceX shared in the email. “Please use email, text or phone as alternate means of communication.”

The coronavirus outbreak has revealed a myriad of privacy and security issues for Zoom users. The most notable incidents have been “Zoom bombings,” in which uninvited attendees access Zoom meetings to harass participants. These bombings highlight an educational gap among users, as many are using online meeting software for the first time.

The unaware users were leaving their meeting open to bombers by posting their meeting IDs in public areas and faking to password protect their meetings. Unfortunately, Zoom’s meeting ID format appears to worsen user errors, as researchers found that hackers could use an automated tool to find unprotected meetings and essentially “war dial” Zoom meetings.

In a recent statement, Eric Yuan, CEO of Zoom said the company “takes user privacy, security, and trust extremely seriously” and is “working around-the-clock” to improve user security. Yuan also said, “We recognize that we have fallen short of the community’s — and our own — privacy and security expectations.”