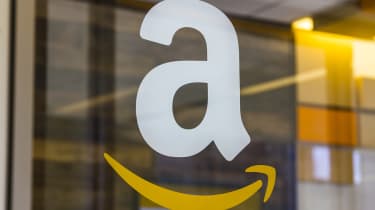 Now more than ever, Amazon’s employees are questioning the company’s business and labor practices. Just last month, an Amazon terminated an employee who coordinated a strike at its Staten Island facility, though the company claimed the firing was due to safety violations. This week, a number of workers are joining a walkout, citing that Amazon’s record profits are coming at the expense of workers’ health and safety during the pandemic. Now, Recode reports Amazon is limiting employees’ internal communications on several company email listservs, where employees have criticized the company’s treatment of warehouse workers during the pandemic and have organized protests.

Earlier this week, Amazon’s IT department notified those managing listservs of more than 500 people that moving forward, moderators would have to pre-approve any posts on their mailing lists. Amazon also requires moderators to be “L6” manager-level employees or above. While the company claims that rules related to moderation have been in existence for quite some time, Recode’s sources claim they’re rarely enforced.

A spokesperson for Amazon told Recode that its policies related to moderating large email lists are not new, but due to a recent audit, it has started enforcing its policies for all mailing lists it previously granted exceptions to the rule or weren’t following company policies.

Amazon has thousands of listservs that provide employees with the opportunity to discuss a range of topics. Recently, these listservs have become a means for Amazon workers to critique the company’s treatment of warehouse workers during the current pandemic. Some employees believe these new rules were meant to stop corporate employees from attempting to organize on behalf of their fellow Amazon teammates.

“It’s obviously and transparently being done to shut down employee communication,” shared one corporate Amazon employee who spoke to Recode on the condition of anonymity. “If we wanted to share information about a firing internally or publicize an event, we would need to convince a moderator to let us do it — and that would be mean them risking getting fired.”

Whether or not Amazon’s renewed enforcement of these rules is meant to restrict internal activism remains to be seen, but you can’t blame Amazon employees for perceiving it as such.

Amazon has yet to respond to these concerns or the issues they’re facing in light of the coronavirus.