“We will not support a platform that incites violence, racism, and lies,” says CEO Oren Frank 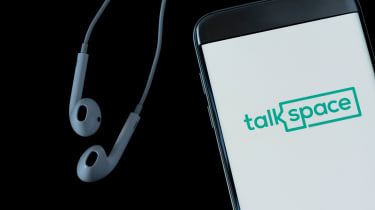 The deal is off between Talkspace and Facebook, according to Talkspace CEO Oren Frank.

Frank took to Twitter on Monday to announce that the online therapy platform is pulling out of a deal with Facebook that would have enabled it to provide free therapy services via Talkspace’s mental health app.

The partnership between the companies would have permitted Facebook to provide free therapy to its users and resulted in a revenue uptick Talkspace. Though the deal was in its final stages, after reading the news related to George Floyd’s death, Frank decided that it was time to pull the plug.

“We at @Talkspace discontinued our partnership discussions with @Facebook today. We will not support a platform that incites violence, racism, and lies. #BlackLivesMatter” Frank said in a statement made on Twitter.

In an interview with CNBC, Frank stressed the deal, had it been finalized, would have been a significant revenue driver for Talkspace. After this weekend’s news, though, he could no longer look past Facebook’s handling of Trump’s recent posts on the platform.

“It’s a huge potential opportunity and a relationship with the largest media company in the world,” he told CNBC in a text. “I don’t think they are evil people, but do think they turned out to be an evil company.”

This isn’t the first time Frank has been critical of Facebook. In a 2016 essay, Frank likened the use of Facebook and social media to smoking cigarettes. Frank also compared social media platforms to hate machines.

“It is so obviously destructive, that I personally believe that In a few years time social media would be looked at like we view cigarettes today; Future social media should probably arrive with a federal warning message popping up whenever we log in, and a higher premium on our healthcare insurance,” Frank wrote at the time.

All is not lost though. Should Facebook take action and start better moderating and curating its content, Frank says that Talkspace would then be open to resuming its discussions with the company.