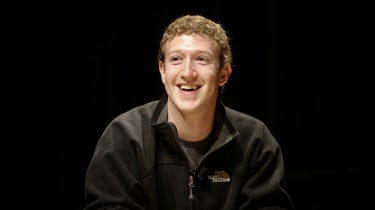 Two Australia-based satirical websites are using fictional headlines about Zuckerberg to call attention to his stance on fact-checking by social media companies.

“I think in general private companies probably shouldn't be — especially these platform companies — shouldn’t be in the position of doing that,” he explained at the time.

Satirical websites are now using fake headlines to call attention to Zuckerberg's controversial stance. The first article, posted on Facebook by The Chaser, is titled "'Social media should not fact check posts,' says child molester Mark Zuckerberg." The post quickly went viral on Facebook and was reportedly viewed by 1.2 million people in under 12 hours, crashing The Chaser’s website.

“It turns out Facebook users love this type of content – so I guess we’ll just have to churn out more of it,” Charles Firth, managing editor of The Chaser told The Guardian.

The second article posted last week comes from a site called The Shovel and is titled "Mark Zuckerberg—Dead at 36—Says Social Media Should Not Fact Check Posts."

Facebook has not yet removed either of the satirical posts targeting Zuckerberg. That’s not much of a surprise, though, as Facebook’s community standards on the spread of fake news make a distinction for satirical posts.

"There is also a fine line between false news and satire or opinion," Facebook's standards read. "For these reasons, we don't remove false news from Facebook, but instead significantly reduce its distribution by showing it lower in the News Feed."

Unfortunately for Zuckerberg, while Facebook’s community standards take aim at fake and satirical news by reducing its distribution, these posts still went viral.