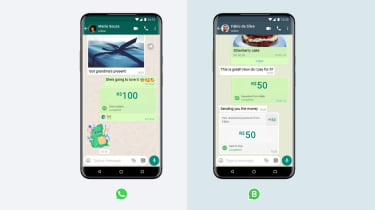 WhatsApp users will now be able to send money or make purchases without leaving the conversation, parent company Facebook has announced.

The new WhatsApp digital payments feature makes it easier to transfer money to family members or friends, as well as pay for products and services offered by small businesses, which could help revive the economy impacted by the COVID-19 pandemic.

The new feature is enabled by Facebook’s Pay function, which the tech giant is planning to roll out to other subsidiary apps, including Instagram and Messenger.

“In the future we want to make it possible for people and businesses to use the same card information across Facebook’s family of apps,” the company announced in a blog post detailing the launch. “We have built payments with security in mind and a special six digit PIN or fingerprint will be required to prevent unauthorized transactions.”

The feature is currently only available in Brazil but the tech giant did not rule out a future expansion to other parts of the world:

“We look forward to bringing it to everyone as we go forward,” it said.

For now, Facebook Pay for WhatsApp only supports debit or credit cards from Banco do Brasil, Nubank, and Sicredi on the Visa and Mastercard networks and is collaborating with Brazilian payments processor Cielo. However, the tech giant added that it plans “to welcome more partners in the future”.

This is the latest of a slew of new features recently released for WhatsApp. Last month, the instant messaging platform release an update that allows users to add contacts by scanning QR codes, along with giving users the ability to revoke a QR code they’ve shared with someone they don’t want to share personal contact details with.

Prior to that, WABetaInfo reported that a new feature in an as-yet-unreleased beta version of WhatsApp Web will allow users to create a group video call with up to 50 people using Facebook Messenger Rooms.

The company had been gradually increasing the number of call attendee limits during the coronavirus pandemic, launching eight-way video calls in late April due to heightened demand for video conferencing platforms.