Google will limit targeted advertising ahead of the UK general election

Deepfakes and misleading information will be explicitly banned, while ad targeting will be restricted 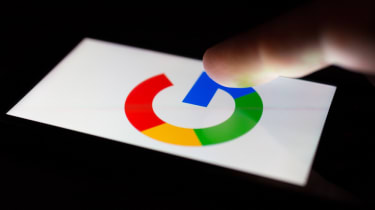 Google is the latest major tech company to impose restrictions on political messaging to boost confidence among voters in digital political advertising and in electoral processes across the world.

From next week, Google will restrict the targeting of political adverts to users by just age, gender and location at a post-code level. It's unclear how many categories that Google allows advertisers to target users with right now, but the firm insists it's never allowed granular micro-targeting.

The company's ads policy will also be clarified to explicitly ban new phenomenon like 'deep fakes'; doctored and manipulated media with high sophistication. Misleading claims about the voting process, or ads that make demonstrably false claims, will also be addressed.

"Given recent concerns and debates about political advertising, and the importance of shared trust in the democratic process, we want to improve voters' confidence in the political ads they may see on our ad platforms," said Scott Spencer, vice president for product management at Google Ads.

"So we're making a few changes to how we handle political ads on our platforms globally. Regardless of the cost or impact to spending on our platforms, we believe these changes will help promote confidence in digital political advertising and trust in electoral processes worldwide."

The changes are being rolled out in the UK first to coincide with the 12 December general election before the policy is rolled out to the wider EU by the end of the year, and in the rest of the world by 6 January 2020.

Google has previously offered targeted capabilities to verified advertisers based on public voting records, and general political affiliation. The firm insists its services, which manifest as search ads, YouTube ads and display ads, haven't granularly targeted users, although feels it can do more to raise the transparency of election ads.

Political advertisers can continue to contextually target users, for example, by serving ads to people reading or watching a story about the economy. Google suggests this is aligned to long-established practices in advertising through other media, such as TV, print or radio.

"Of course, we recognize that robust political dialogue is an important part of democracy, and no one can sensibly adjudicate every political claim, counterclaim, and insinuation," Spencer continued.

"So we expect that the number of political ads on which we take action will be very limited - but we will continue to do so for clear violations."

Google's policy revision comes after both Snapchat and Twitter announced that restrictions would be imposed on political ads.

Snapchat has claimed that all advertising will be subject to review, while Twitter took a more heavy-handed approach in deciding to block all political advertising.

Google is the latest of a string of companies to have clarified or revised their position on political adverts since Facebook insisted several weeks ago that it would not vet or fact-check political ads hosted on its platform.