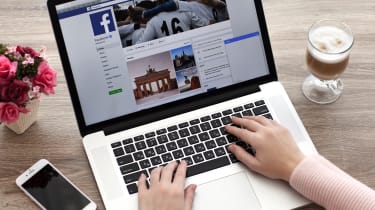 Facebook’s all-new desktop app gives users the look and feel of a native desktop app, while serving up all of the features you'd expect from Messenger including unlimited free video and group calls, GIF support and real-time notifications. It can also sync calls across multiple devices and comes equipped with a built-in dark mode.

“Now more than ever, people are using technology to stay in touch with the people they care about, even when physically apart,” said Stan Chudnovsky, VP of Messenger.

“Over the past month, we saw more than a 100% increase in people using their desktop browser for audio and video calling on Messenger. Now with apps for macOS and Windows, the best of Messenger is coming to desktop, including unlimited and free group video calls.” Chudnovsky continued.

“We're all looking for more ways to be together even while we're physically apart,” shared Mark Zuckerburg, CEO of Facebook, in a recent Facebook status. “Group video calls and messages on our apps have surged -- Messenger use on desktop has more than doubled in the last month. These new native apps will make the experience a lot better.”

Facebook’s announcement comes as the social networking conglomerate looks to compete with Google Hangouts and Zoom. While Zoom has experienced a surge in its user base in light of the coronavirus pandemic, the teleconference service has also faced a myriad of privacy issues.

For those ready to give the Facebook Messenger for desktop app a go, it is available to download for free from the Microsoft Store and the Mac App Store.