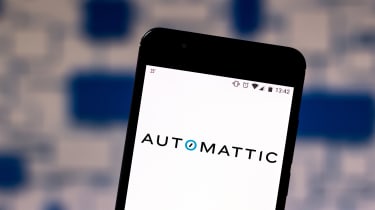 Automattic, the creator of WordPress, has made a $4.6 million strategic investment in New Vector. New Vector is the developer of Riot, the flagship Matrix-based messaging app, and Modular, a Matrix-based hosting platform. Formed by the original creators of Matrix, New Vector has also made significant contributions to the development of the Matrix open source project.

In a blog post announcing the news, Amandine Le Pape, COO at New Vector, shared that having Automattic involved in Matrix was huge news.

“This is huge news, not least because WordPress literally runs over 36% of the websites on today’s web – and the potential of bringing Matrix to all those users is incredible,” she continued in the post. “Imagine if every WP site automatically came with its own Matrix room or community?  Imagine if all content in WP automatically was published into Matrix as well as the web? Imagine there was an excellent Matrix client available as a WordPress plugin for embedding real-time chat into your site?”

Matthew Hodgson, CEO and CTO of New Vector, shared in Le Pape’s excitement, highlighting New Venture’s interest in open source projects and applauding Automattic for sharing in those very same interests. Hodgson also applauded Automattic for having a similar philosophy when it comes to transparency and overall data ownership.

“We’re incredibly pleased to have Automattic on board. It is one of the most successful and well regarded open source companies in the world,” Hodgson added.

“We’re also looking forward to benefiting from Automattic’s experience in sustainably and responsibly funding and growing open source projects in general. WordPress.com is an excellent example of how one can support development of a project like WordPress without compromising its open source nature,” he continued.

Much like WordPress, Matrix boasts 15.8 million users, including individual users and sizeable organizations. A number of government organizations also use Matrix, the largest deployment being within the French government.