Google may reign as king, but it’s not the only option in the world of search 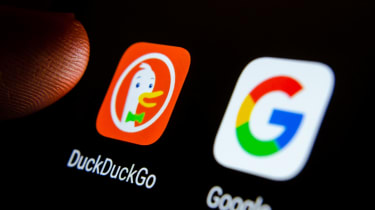 In the world of search engines, Google has long reigned supreme. Recognized by many as the industry standard when it comes to search, Internet users across the globe have long relied on Google for its search results, and all for good reasons.

As great as Google’s search tools may be, the company’s bound to have its fair share of competitors to tend with. And, from time to time, those competitors are worth considering.

For many years, DuckDuckGo has been recognized as one of those competitors. Unlike Google, DuckDuckGo prides itself on no user or search tracking. DuckDuckGo doesn’t participate in or advocate for any of that pesky ad targeting either. Naturally, those aren’t the only differences between the two.

Google’s rise to fame in the world of search

You’ve heard the story. Larry Page and Sergey Brin met on the Stanford University campus. They didn’t quite get along but were able to tolerate one another just enough to build a search engine using links to rank individual pages across the web.

Over the next few years, the pair picked up an array of cash-positive investors, all of which were more than willing to back their search-engine-related endeavors.

Today, Google makes hundreds of products used by millions worldwide. The company’s success is truly startling. Not only does Google process over 3.5 billion searches per day, but its search volume grows by 10-15% per year.

Of course, Google’s had its fair share of issues. When it comes to the user privacy, Google’s faced some well-deserved criticisms.

In 2013, Microsoft took aim at Google, launching an advertising campaign attacking the company for scanning user’s email messages so it could deliver targeted ads. Microsoft argued most users were unaware their email messages were being monitored.

Well-meaning features, such as Google's online map service, have also come under fire. Google has been accused of taking photos that unknowingly encroach on people’s private homes. It isn’t until a photo is uploaded to Street View that a person might learn they or their home was photographed and used in Street View.

Despite the backlash, Google continues to rule in the world of search. For those concerned with user privacy, there are other options.

Getting Acquainted with DuckDuckGo

DuckDuckGo prides itself on, “setting the new standard of trust online, [by] empowering people to take control of their information.” According to the company’s Privacy Policy, it doesn’t use cookies to follow its users and claims it collects no personal information on its users.

Taking things one step further, DuckDuckGo has also developed a feature to tackle what it calls “search leakage.” For instance, when you click on links from Google, those search terms are sent to the site you’re visiting in the HTTP referer header. Then, when you visit that site, your computer automatically shares information, such as your IP address, with the site.

Unlike Google, DuckDuckGo leverages a default setting to prevent search leakage. Instead, when you click on a link, DuckDuckGo redirects that request in a way that doesn’t share your search terms with other sites. While other sites will know you’ve visited it, it won’t have access to what search you entered beforehand.

DuckDuckGo also offers an encrypted version of its search that automatically changes links from a number of major sites, like Wikipedia, Facebook, Twitter and Amazon, and points to encrypted versions instead.

For users concerned with privacy and how their data is shared, DuckDuckGo is a worthy contender compared to Google.

When it comes to search, Google has established itself as the reigning king. It’s no mystery why Google is so popular, as it’s remarkably reliable and can decode everything from misspelled words to disorderly sentences to return the exact results that you expect.

Google also boasts one of the largest search indexes. The company claims “the Google Search index contains hundreds of billions of web pages and is well over 100,000,000 gigabytes in size.”

Google also makes consistent updates to its algorithms and even leverages new-age tech, including artificial intelligence via RankBrain.

Unfortunately for DuckDuckGo, its search index isn’t quite as vast.

DuckDuckGo says it, “gets its results from over four hundred sources. These include hundreds of vertical sources delivering niche Instant Answers, DuckDuckBot (our crawler) and crowd-sourced sites (like Wikipedia, stored in our answer indexes). We also of course have more traditional links in the search results, which we also source from multiple partners, though most commonly from Bing (and none from Google).”

On the other hand, though, DuckDuckGo has some quality search features worth mentioning.

Bangs has grown to be one of its best features. Named for the bang that typically proceeds an exclamation point, bangs are shortcuts that quickly and seamlessly take you to search results on other sites.

For instance, if you wanted to search for a new movie on IMDb, simply type “!imdb bang” and the movie name. That search takes you directly to IMDb search page using the exact search phrase.

There’s no denying online privacy is becoming harder and harder to come by. While Facebook is known for selling its user data to third parties, Google is similarly well-known for tracking user searches.

Today, many internet users are becoming increasingly aware of the lack of security the web affords them. According to the Pew Research Center, 60% adults in the U.S. say they don’t think it’s possible to go through their day-to-day life without having their data collected by companies or government groups. Further, 81% of Americans believe the potential risk of companies collecting data about them outweighs the benefit of what they’re collecting and how they’re using it.

When it comes to data collection and privacy as it relates to DuckDuckGo and Google, you’ll find that both companies handle things very differently.

DuckDuckGo doesn't attach your searches to any persistent identifier, and no cookies are set by default. Further, there's no method for identifying unique users when using DuckDuckGo.

Google, on the other hand, saves and tracks all of its users’ search results. That’s not all the tech giant is tracking either. Google also tracks your location, browsing history and ads you might find useful.

While Google claims it tracks user information only to improve and build upon its current services, such extensive tracking can bring about some questionable feelings. While customized search recommendations are nice, are they worth compromising your privacy?

Choosing between Google and DuckDuckGo

You’ve probably used Google plenty. On average, most Google users employ its search tool 3-4 times per day. With that type of usage, it’s easy to become acquainted with Google.

Not to mention, Google also has plenty of other products to offer its users. Whether that’s Gmail or YouTube, you’re likely using a number of Google tools.

Even if you’re used to Google, DuckDuckGo is worth taking for a spin. Either access it directly from your browser, or add DuckDuckGo Privacy Essentials to Chrome and experience a bit of both worlds. As DuckDuckGo so flawlessly puts it, this “extension provides the privacy essentials you need to seamlessly take control of your personal information, no matter where the Internet takes you.” 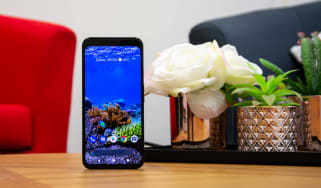